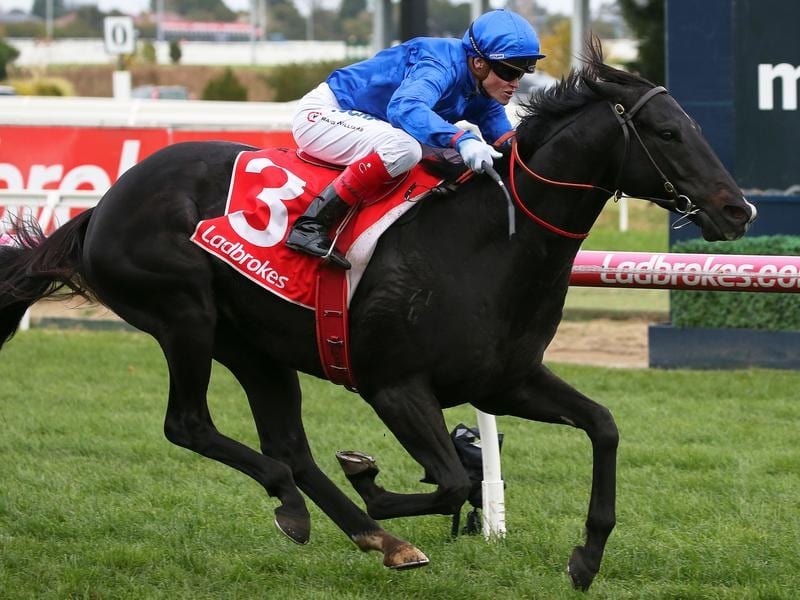 Gold Coast trainer Kelly Purdy is banking on the tough Toowoomba terrain and a fast tempo to enable Bandipur to claim another feature race win in the Listed Weetwood Handicap.

Clifford Park’s unique uphill climb from the Weetwood start to the winning post is no place for a faint-hearted sprinter but Purdy is confident Bandipur is no powder puff.

“Toowoomba should suit him running up the hill. He always runs to the line and I just think if the race is run like it is every other year he’ll be a real show,” Purdy said.

A former successful jockey, Purdy enjoyed the biggest success of her training career when Bandipur won the Eye Liner Stakes (1200m) at Ipswich in July.

The gelding resumed from a let-up, with Jag Guthmann-Chester aboard, to finish seventh to The Odyssey at Doomben on September 12 as his final hitout before the Weetwood.

“The way it was run the other day it was impossible for him to win but Jag said his last hundred was his best and he had trouble pulling him up,” Purdy said.

“His sectionals for the last three furlongs were unbelievable. He’s broken 33 seconds himself but obviously he couldn’t pick them up around Doomben.”

Mr Marbellouz, one of Bandipur’s rivals, will be striving to give trainer Kevin Kemp a record-breaking fifth win in the Weetwood.

“The four have been really good, no doubt about that, and I couldn’t separate any of them, they’re all pretty special,” Kemp said.

“”But a fifth one, yeah, that would be something.”

Fighting Teo will have to emerge from a form slump if he is going to give Kemp his first win in the Toowoomba Cup.

The gelding won at Ipswich on Eye Liner day before disappointing efforts at Eagle Farm and Doomben at his next two starts.