Teetan maintains his December sparkle at the Valley 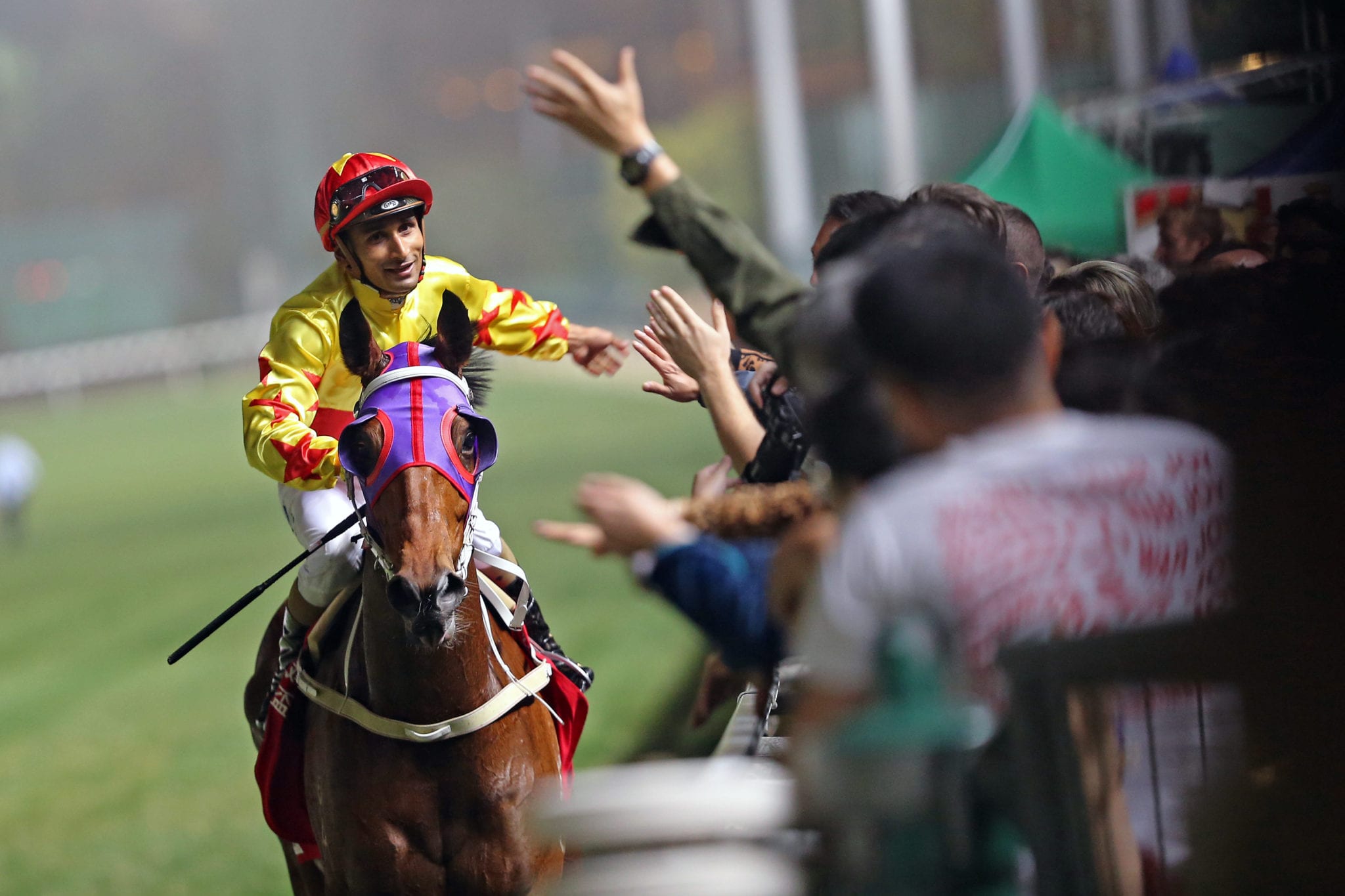 Karis Teetan was in the spotlight with his LONGINES International Jockeys’ Championship triumph at Happy Valley two weeks ago and last night (Wednesday, 18 December) the Mauritian ace sparkled again with a treble.

The rider drew on a mix of seasoned savvy, determined physicality and buoyant confidence to notch his eighth, ninth and 10th wins for the month, taking his tally for the term to 29.

“It’s pretty good,” the rider said. “You always have to work hard in this place if you want to keep riding the winners and that’s what I always plan to do.”

The three-timer was all the more laudable for the fact that two of his wins came from the outside draw, gate 12, a disadvantage on the C+3 course when the rail is positioned at its farthest point from the inner.

“Going into the race, I thought maybe I could get across but he was a bit out at the first turn,” Teetan said after sealing the treble on Highly Proactive.

The four-year-old shrugged off inexperience and a wide passage to take the Class 3 Venus Handicap (1200m) by three quarters of a length at only his third Hong Kong start.

“I was trying not to do too much early but I had four horses to my inside that I had to cross. I had to just work that extra little bit and I was surprised that this horse kept on finding into the straight,” Teetan said.

“He’s a tough little horse; it was a very good win so hopefully he can improve on this.”

The Francis Lui-trained gelding arrived with a record of two from two in New Zealand, having been sourced by the handler’s retired former stable apprentice Kei Chiong.

“Kei bought the horse, somebody recommended it and she’s friends with the owner,” Lui said.

Flying Genius proved his ability to run too when defying top-weight and the wide starting berth in the Class 4 Jupiter Handicap (1000m). No horse this season had managed to make the top three from barrier 12 over 1000m on the C+3 course until Teetan produced a slick ride.

The Tony Cruz-trained three-year-old had pace enough to overcome the wide gate inconvenience, crossing to the lead and quickening to an impressive second win at his third start.

Teetan and Cruz combined again when California Turbo (116lb) broke his Hong Kong maiden in the Class 4 Venus Handicap (1200m). The Conghua-based five-year-old, a three-time winner in Australia where he was Group 3-placed over 2000m, lifted late under a vigorous ride to deny top-weight Red Desert (133lb).