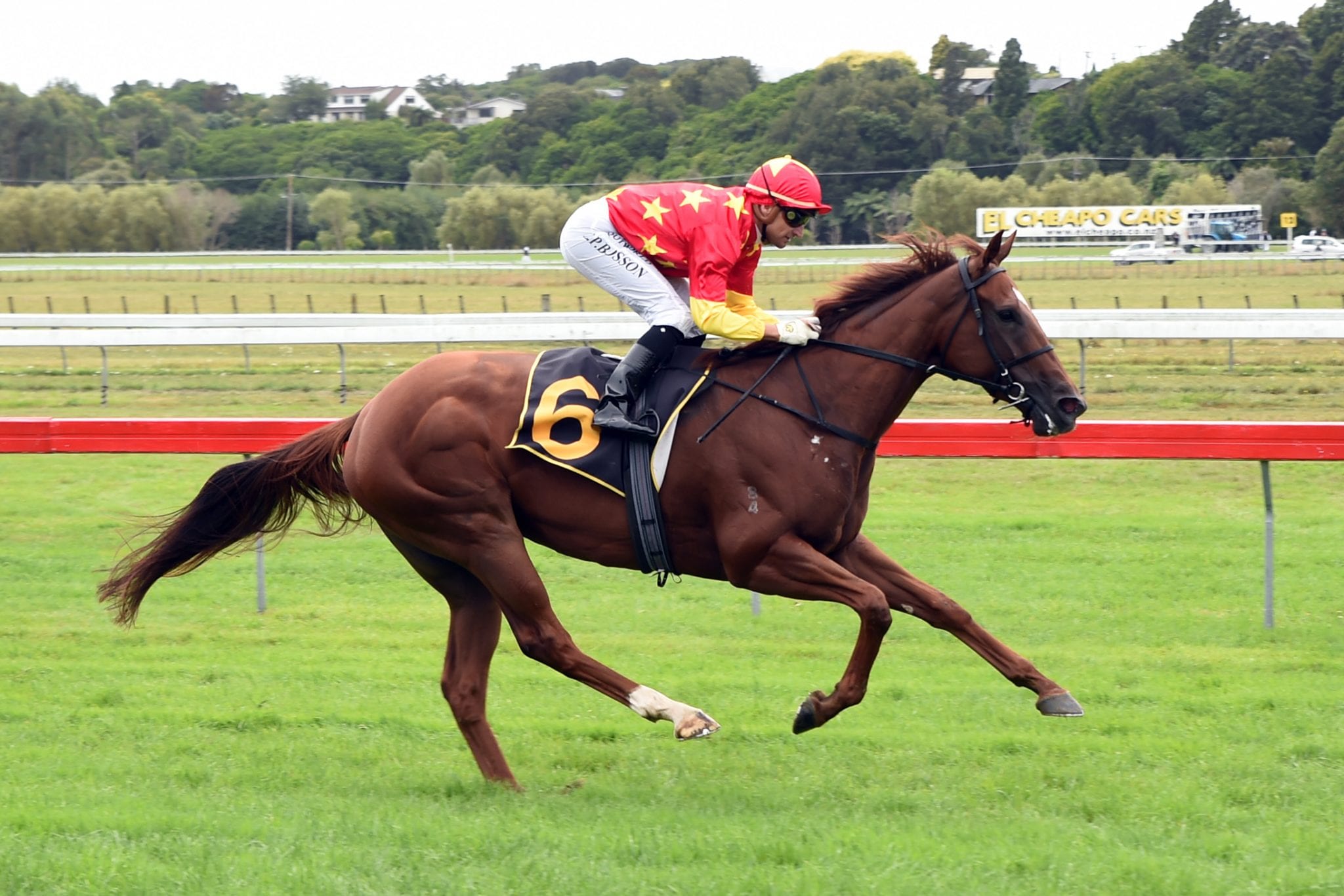 Te Akau trainer Jamie Richards will take just the one runner to Arawa Park on Saturday, but that just may be enough to add another stakes win to his burgeoning tally this season.

The Matamata horseman will line-up the China Horse Club-owned Sasso Corbaro in the Group 3 ISCL Rotorua Stakes (1400m) and he is hoping for a resurgence from his mare after she tailed the field home in the Listed NZB Finance Sprint (1200m) at Hastings last month. “She pulled up with a blood irregularity after Hastings,” Richards said. “We are hopeful that is why she didn’t perform up to expectations.”

The daughter of All Too Hard has only had the three starts in New Zealand for Richards and he said he was pleased with her previous two runs, which included a win first-up at Otaki in February before running on for sixth in the Listed Lightning Handicap (1200m) at Trentham in March. “Her Lightning run was good,” he said. “She got well back and it’s hard to make ground there, but she did make good ground into sixth, so she wasn’t disgraced. “She was pretty poor at Hastings, but she does have an excuse there so we are hoping she can bounce back.”

Richards is happy enough with Sasso Corbaro heading into Saturday, but admitted her wide barrier (19) isn’t ideal. “She has drawn horribly again, she is not having a lot of luck with barriers,” he said. “She’s as good as we can have her and we would have been quite confident if she had drawn a gate.”

Sasso Corbaro will be tested over 1400m for the first time in New Zealand on Saturday, with her performance dictating what path Richards takes with her heading into winter. “The question mark for Saturday is the 1400m,” he said. “If she runs out the 1400m there are a few more options coming up for her, soft-track-wise. “We will just get through Saturday and then we can sit down and have a talk with the China Horse Club team and go from there.”

Meanwhile, stablemate Mongolianconqueror will be competing for Group 3 glory across the Tasman when he lines-up in the Chairman’s Handicap (2000m) at Doomben on Saturday. The Group 1 performer finished sixth when second-up in the Group 2 Easter Handicap (1600m) at Ellerslie last month and Richards is hoping for an improved performance on Saturday. “He just wasn’t that genuine from the 600m round to the straight,” he said. “He got on one rein and wouldn’t really take a gap. “He could have followed the winner, Endless Drama, through, but just for one reason or another he wasn’t able to find his back. He was very good closing late, but in a pretty sharp handicap race it was well short of his best.”

Richards said Mongolianconqueror has settled in well to his new surroundings on the Gold Coast and Saturday’s run will dictate the remainder of his campaign, which could include a tilt at the Group 2 Brisbane Cup (2400m) on June 8. “He has travelled over in good order, we are pleased with him. Dad is over there with him staying on the Gold Coast and all reports are that the horse has settled in well,” Richards said. “It’s a little bit of a wait and see on Saturday with him. He has drawn a good gate (barrier one) and should get a nice run, but he has got to step up and be competitive against those Aussie stayers. “We are looking forward to seeing how he performs up to them on the way to hopefully races like the Brisbane Cup.”