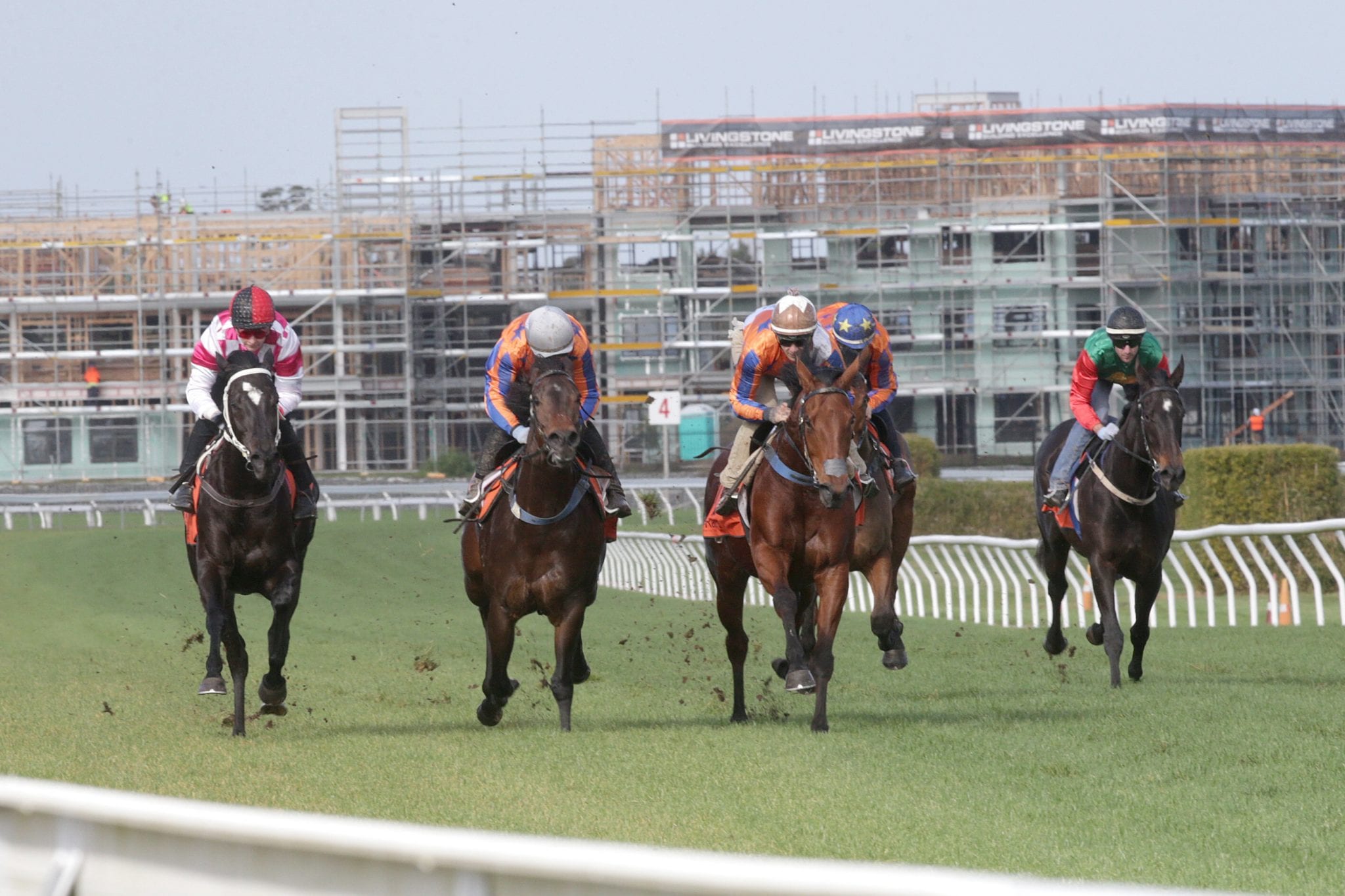 Reigning New Zealand Horse of the Year, Melody Belle, resumed at the Te Rapa trials on Monday with a close-up third over 900m behind stablemate Ritzy Sparkle for trainer Jamie Richards.

Ridden by Troy Harris, the performance pleased connections as the six-time Group 1 winner returns to fitness ahead of a spring campaign that will commence in the Group 2 U.S. Navy Flag Foxbridge Plate (1200m) at Te Rapa on August 17. “She finished third under no pressure whatsoever,” managing owner, John Galvin, of Fortuna Syndications, said. “Troy was just ecstatic with her effort. This trial is a lead-up to a second trial which will happen here in two weeks’ time. She’ll be put under a bit more pressure at that time. “Troy said she’s much stronger than she was last year and that’s what she’s telling us at the stable as well, with her physical presence and the way she eats and the way she works. She’s certainly developed into a lovely strong race mare.”

Melody Belle won last year’s Foxbridge Plate before going on to win both the Group 1 Tarzino Trophy (1400m) and Group 1 Windsor Park Plate (1600m) at Hawke’s Bay as part of a season that netted five Group 1’s. The rising five-year-old will embark on the same campaign in the forthcoming season, with the addition of the third leg of the Hawke’s Bay triple crown, the Group 1 Livamol Classic (2040m), also on the agenda. “Our planning at this stage goes as far as the first Saturday in October, which is the Livamol,” Galvin said. “She will tell us what she wants to do after the Livamol and whether an Australian campaign this spring is on the cards.”

Meanwhile, boom stablemate Te Akau Shark sent an ominous warning to his spring rivals when closing from the rear to win his heat, also over 900m, in the hands of Michael McNab. A clash with Melody Belle in the Foxbridge Plate fresh-up is likely for the Rip Van Winkle gelding who has been beaten only once in six starts. “We’re very happy with him,” stable representative Mason Stevens said. “He wasn’t asked to do a lot in the wet conditions and he got back and got to the outside and worked home nicely. “Michael McNab’s feedback was very positive. “He’s come back bigger, stronger and mentally he’s more mature this season as well. “We’ll see how he pulls up and he’ll trial one more time and then head to the Foxbridge.”