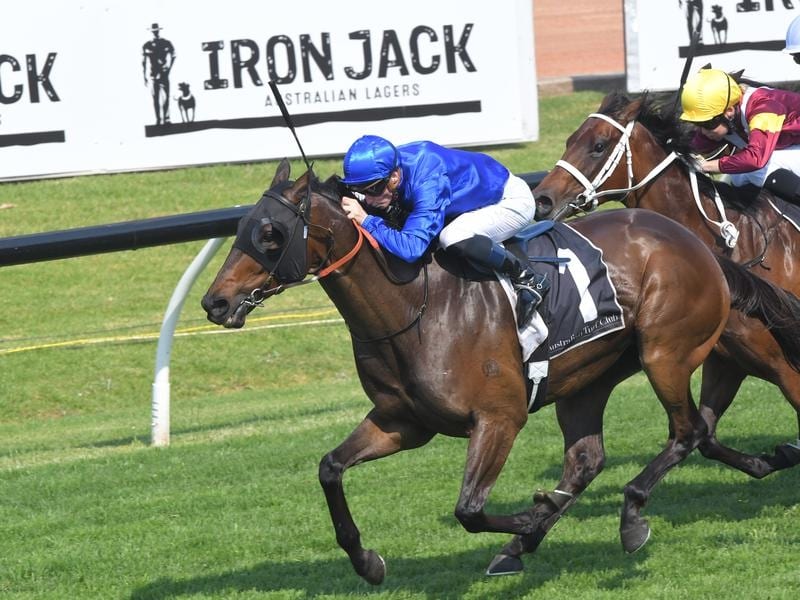 The champion Sydney rider found cover aboard the $4 favourite and threaded a gap at the 400m before streaking away to win Saturday’s new $500,000 support race on the Golden Eagle program.

Another Dollar ($16) battled on well to finish 1-1/4 lengths from the winner with fellow Chris Waller runner The Lord Mayor ($21) a short-neck third.

With a reputation for barrier antics, the James Cummings-trained Tally was on his best behaviour as he jumped from gate four.

“It was a crafty ride by James,” stable representative Darren Beadman said.

“He just let the race pan out down the side there until he got the first corner.

“The gate was the key thing just to get him out and get him in the right position and the right part of the track in the straight.”

McDonald said he’d earned his five per cent share of the $287,000 winners’ cheque while heaping praise on Tally, who lugged the top weight for his 10th win in 45 career starts.

“I deserved every dollar I got out of him,” he said.

“He’s been an excellent performer for so many years. He’s been racing in career-best form so far at weight for age against tough horses.

“To come here and do it with 59kg, it’s a credit to the horse and the way he’s kept going throughout his career.”

Tally ran second in the Craven Plate last start but had not won since the Group Three Eclipse Stakes at Sandown almost 12 months ago.

Beadman suggested it was unlikely the seasoned campaigner was done for the spring.

“There might be something for him at the back end of the carnival,” he said.

“The Sandown Cup or something. I don’t know if he’ll go to Perth.

“But it was just a matter of getting him back. He hasn’t won for a while. It was good to get him back on board.”