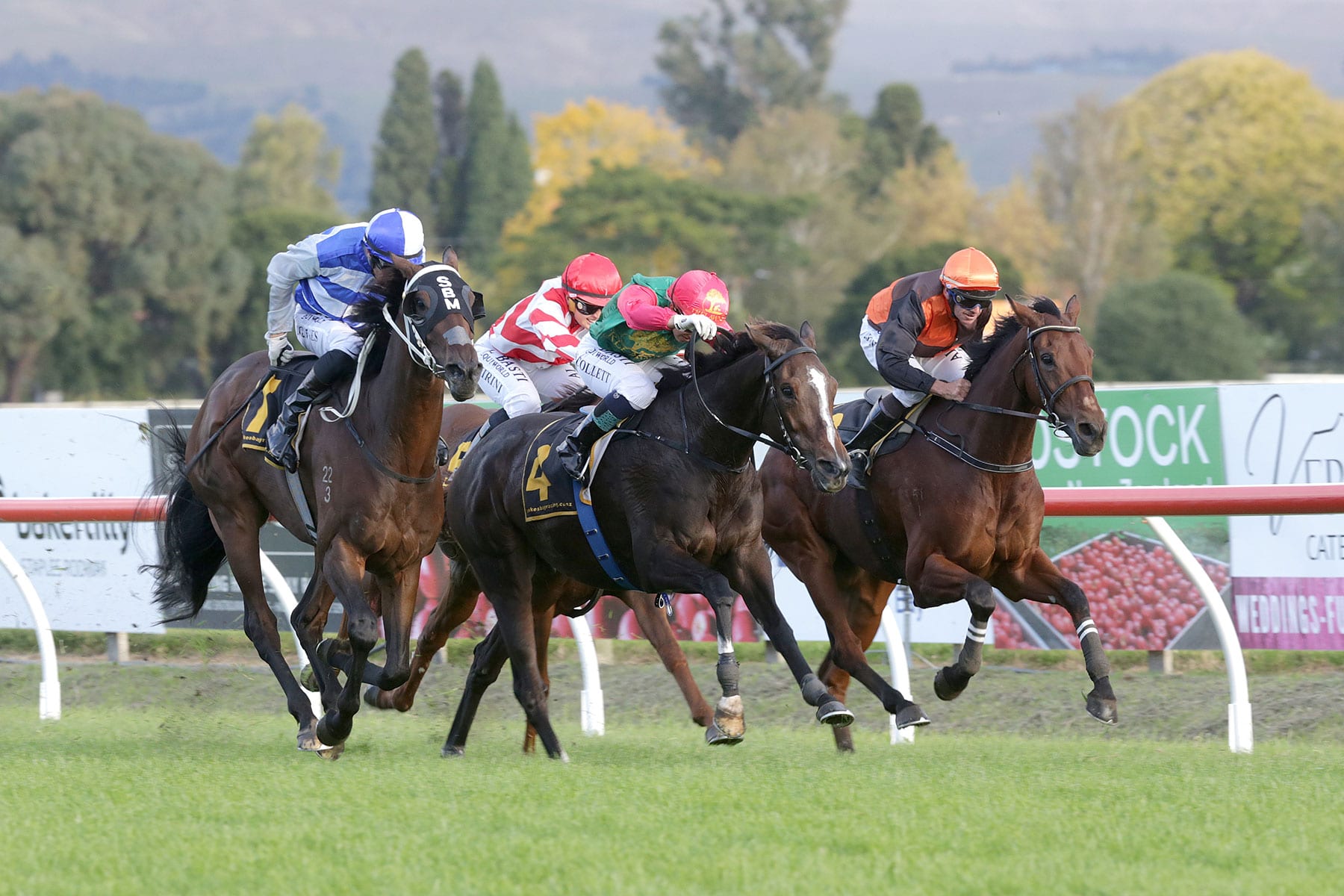 Progressive Kiwi stayer Felaar is likely to back-up at Caulfield this week after a nightmare first taste of Australian racing when suffering severe interference on several occasions when trailing the field home in the Brew Handicap (2600m), won by Steel Prince, at Flemington last week.

Ridden by Brett Prebble, Felaar finished 35-lengths behind the winner in a race marred by the breakdown of Belgravia at the top of the home straight. “He got into a nice spot but it got a little bit tight coming out of the straight the first time, which fired him up, so he probably over-raced a touch,” trainer Stephen Marsh said. “The 50-1 shot that led came right back onto him and basically necked him through the rail. I think there were three suspensions out of the race. “We could not have faulted him after the race. He feels perfect and actually he barely had a race. He ate up that night and was jumping out of his skin the next morning.”

Felaar will now contest the Banjo Paterson Series Heat 1 (2406m) at Caulfield on Saturday as a lead- in to the Listed Andrew Ramsden (2800m) at Flemington on May 25, a win and you’re in race for the Group 1 Melbourne Cup (3200m). “It gives us two weeks into the Ramsden and it doesn’t worry us to back him up,” Marsh said. “He is quite a hardy horse and with him not really having a run the other day he should be fine. Ex-pat Kiwi Mick Dee is booked to ride the five-year-old son of Ekraar on Saturday. “Nothing against Brett Prebble but he can’t really do 54kgs, he rode him overweight the other day,” Marsh said. “Otherwise, I would be more than happy to have Brett on anything but it is just not the way it has worked out.”

Marsh has nominated unraced two-year-old Banquo for the A$140,000 Redoute’s Choice Stakes (1200m) on the same Caulfield card, although he is not sure if he will gain a start. The two-year-old colt by Written Tycoon was purchased for A$600,000 as a yearling and is raced by a group of prominent New Zealand owners and breeders. “If he makes the field he will more than likely run or he could go to Sale next Tuesday for a two-year- old 1100m,” Marsh said. “He is 14th equal in order of entry, with a lot of others, so we are really not sure if we will get a run or not. “It is a pretty decent ask first-up.”

A trial winner at Taupo, Banquo is a brother to Group 1 Oakleigh Plate (1100m) winner Booker and will transfer from Marsh’s care after this preparation. “He won his last trial nicely and he is going to have two to three runs under our training and then he will stay, spell and join Danny O’Brien,” Marsh said. “He is owned by some pretty big swingers and he was always bought to go to Melbourne and (bloodstock agent) Bruce Perry thought we may as well get him going over there. “With the pathetic state our racing is in, I don’t have an argument. “We are racing for peanuts. How can you tell them, that have paid $600,000 for a colt, to go and race for $10,000. “There is nothing coming up and we are going to be on substandard wet tracks soon and there is nothing here for them. I am just lucky enough to get a chance to take the horse over for a couple of runs.”

Meanwhile, Marsh will be represented on the home front by Pretty To Sea in Saturday’s Group 3 ISCL Rotorua Stakes (1400m) and is confident the daughter of Ocean Park can enhance her residual value. A winner of two of her six starts since joining Marsh’s stable, Pretty To Sea was Group 3 placed when trained by Ciaron Maher in Australia. “Pretty to Sea’s runs have been really good,” Marsh said. “1400m against the mares should be perfect and it would be lovely to get some more black-type for (owners) Cambridge Stud.”