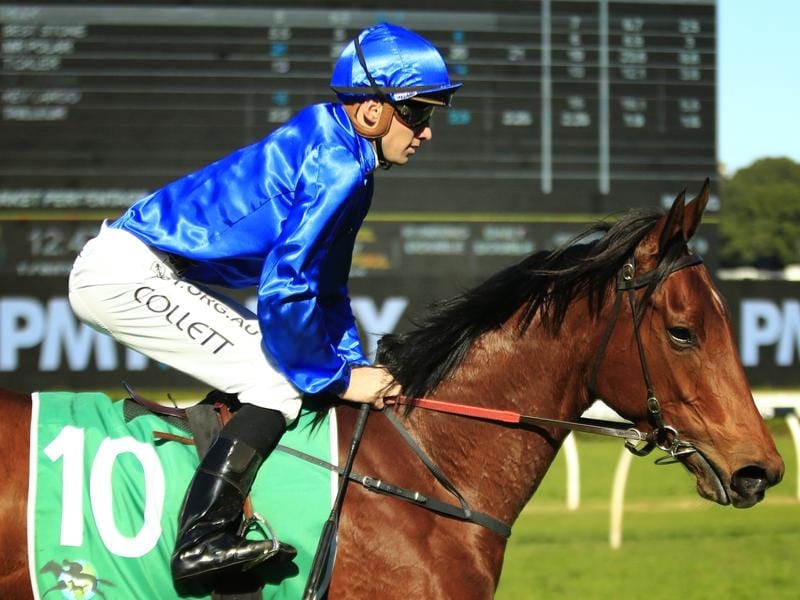 A nondescript barrier trial at Hawkesbury has proven to be an outstanding winter form reference for Godolphin with unbeaten filly Tailleur putting the icing on the cake.

Tailleur split stablemates Varda and Roheryn in the June 15 heat and all three have now resumed with impressive wins after Tailleur added to the tally at Randwick on Saturday.

“They are better than winter horses. All three were bang-on after that trial,” Beadman said.

Winter formlines are often an inaccurate reference for spring success but Tailleur, in particular, appears set to rebuff that theory.

Presenting first up on a heavy track, untested in the conditions and chasing a hard-fit rival, the three-year-old showed class and willingness to win Saturday’s Grunt Standing At Yulong Handicap (1100m).

Tailleur ($2.25 fav) was spotting leader Switched ($5) a healthy start halfway up the straight but chased valiantly for Jason Collett to arrive in the nick of time and score by a nose.

That pair streeted the rest with Mr Polar ($19) best of the chasers another five lengths away.

“She answered a lot of questions today,” Beadman said.

“It is winter form and you never like to get ahead of yourself too much.

“She was ready to go, she was fit. She’s a very athletic filly but that’s encouraging with bigger races in store down the track.”

Collett was taken by Tailleur’s determined effort at just her second start and 35 minutes later he was again to the fore, this time on a 50-start veteran.

The eight-year-old took the Newcastle trainer past 200 winners nationally this season, a mark Lees was proud to attain.

“I don’t really set goals like that but with big numbers in work you are expected to win races,” Lees said.

“To get to 200 wins again is pleasing because we had such a big season last year with 249 wins.

“We probably have about 110 in work at Newcastle so we are a little down on last year but overall it’s been a good season.”