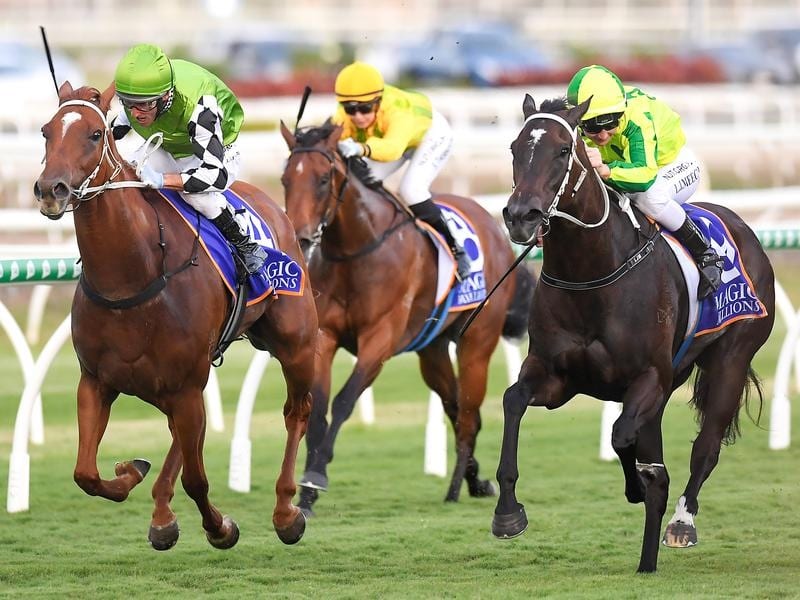 Mornington trainer Shane Nichols’ punt on getting a run in the Nudgee Quality (1200m) with Tahitian Dancer paid off when the mare flashed home to win the Listed race at Eagle Farm on Saturday.

The win means Tahitian Dancer beats the ballot for the $1 million Magic Millions Fillies and Mares race at the Gold Coast on January 11.

Nichols accepted with Tahitian Dancer in The Buffering and the Nudgee Quality, where the mare was the eighth emergency.

But when it became clear the mare would get a run in the Nudgee, Nichols elected to run her in the race against her own sex.

“She is in Queensland for the Magic Millions races and you are always best off against your own sex,” Nichols said.

“I know even after all the scratchings she had a bad barrier, but I knew she would be running on.

“There is no reason why she can’t give the Magic Millions a real shake, especially if they run along like they did today.”

Damian Oliver, who rode Tahitian Dancer, said his only worry had been he would run out of straight.

“But she really got home well,” he said.