Tagaloa Back To Happy Hunting Ground 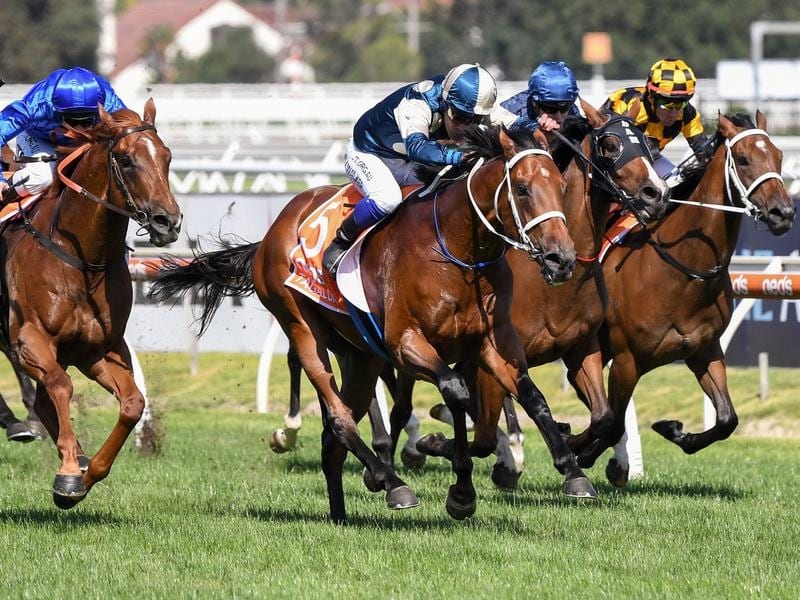 From whatever angle Trent Busuttin assesses Tagaloa, he believes the horse is back to his best but admits he won’t know for certain until he races.

Tagaloa, who Busuttin trains in partnership with Natalie Young, resumes in the Group Three Manfred Stakes (1200m) for three-year-olds at Caulfield on Saturday.

“Natalie and I are very confident he’s right back to his best but there’s a big difference between trials and trackwork and race day pressure. You don’t really know until then,” Busuttin said.

Busuttin said that given Tagaloa was already a Group One winner and by boom Japanese sire Lord Kanaloa, they had to be certain he was on on track when he returned to racing to protect his stud value.

Busuttin said his first two spring runs, which produced a third in the McNeil Stakes and a sixth in the Sir Rupert Clarke Stakes, were excellent efforts as he was caught wide both times and had tough runs.

But other than a slight suspensory tweak, Busuttin didn’t have an explanation for the three-year-old colt’s poor last in the Caulfield Guineas.

“I think he’s in similar condition and form as to when he raced first-up in the McNeil Stakes last campaign, also over 1200 metres and Group Three and he had a tough run that day,” Busuttin said.

Busuttin said the obvious race for the stable to target with Tagaloa was the Australian Guineas but he wanted to see how he performed on Saturday.

“Let’s get Saturday out of the way. There’s a host of races he can run in,” Busuttin said.

Mark Zahra, who rode Tagaloa in the Cranbourne jump out, will be aboard in the Manfred Stakes.

Busuttin said they hadn’t made a commitment to Zahra for the campaign.