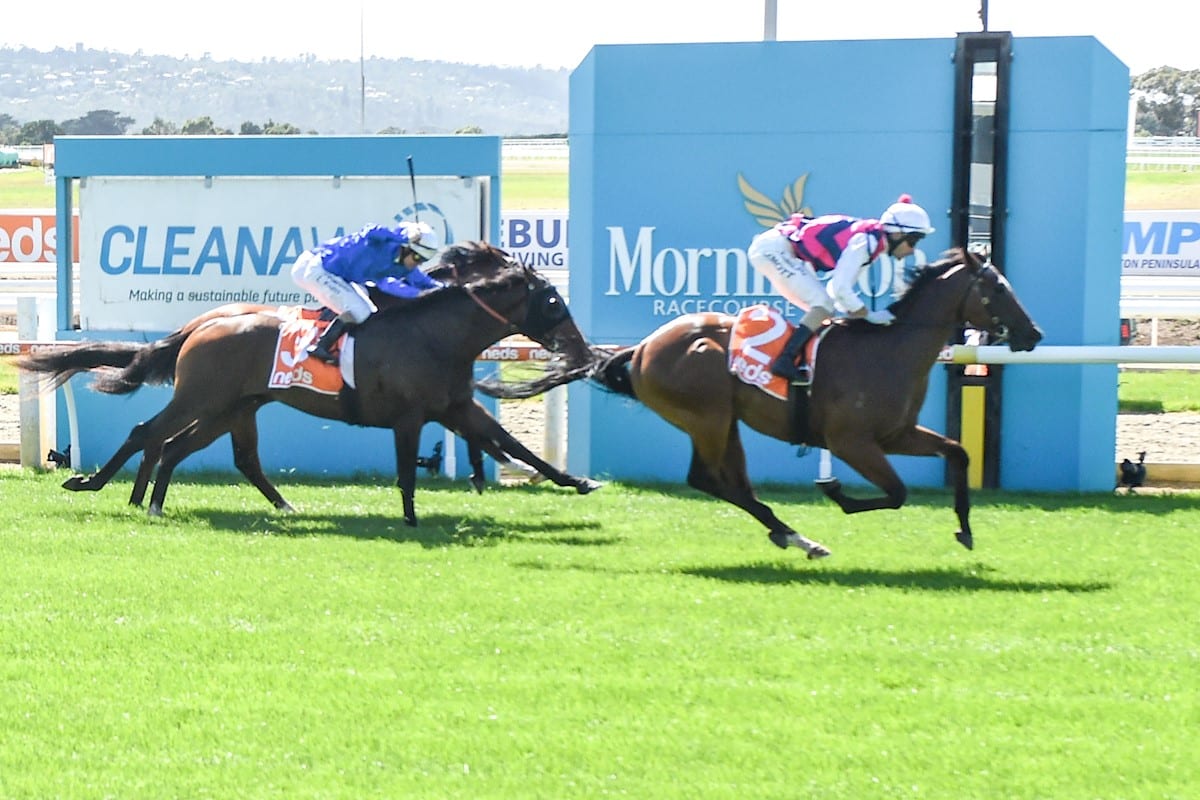 Daily Bugle is set to be given the chance at interstate Group 1 assignments after his victory in the Cleanaway Sustainability Sires (1500m) at Mornington on Saturday.

Trained by Robbie Griffiths and Mathew De Kock, Daily Bugle is likely to contest the Inglis Sires’ (1400m) at Randwick on April 3 and the Champagne Stakes (1600m) two weeks later.

Daily Bugle’s win on Saturday was Griffith’s second win in the Sires at Mornington after Glenfiddich was successful last year.

Glenfiddich went on to Sydney to run sixth in the Sires’ before King’s Legacy defeated him in the Champagne Stakes.

Under the guidance of Jamie Mott, Daily Bugle (+500) enjoyed a good run tracking the +100 favourite Micro before making his run.

Hitting the front 150m out, Daily Bugle held off a late challenge from Alegron (+800) to score by one and a quarter lengths with Micro a short-head away third.

De Kock said a trip to Sydney was definitely in the stable’s thinking and with the Carnival being pushed back a week because of Saturday’s Golden Slipper washout, he said it was an added advantage.

“With our facilities (at Cranbourne) we can keep horses ticking over and with the team at home everyone has done a great job,” De Kock said.

“The extra week is advantageous to us at this stage.”

Mott said Daily Bugle had always shown plenty of ability, but wide barriers had not helped the son of Press Statement in previous assignments.

But Mott said while Daily Bugle is in his current form, a Sydney trip was worth considering.

“He’s a really nice little horse and he’s got a lot of improvement to come, so why not have a throw at the stumps in Sydney,” Mott said.

“It’s probably the right time to do it.”