Swiss Exile too good in Group 2 Spirit Of Boom Classic 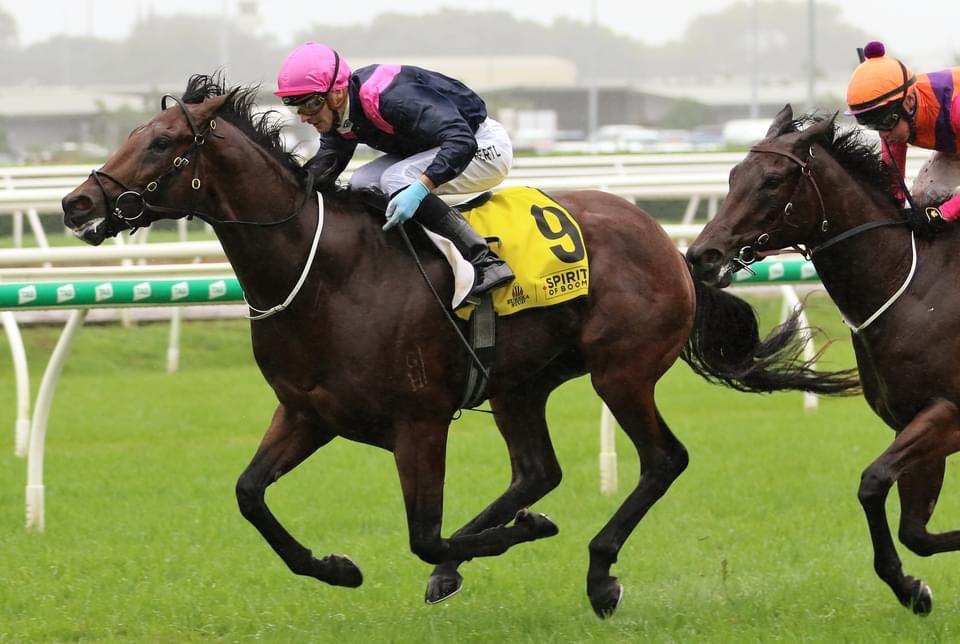 Swiss Exile has won the first feature race of the afternoon at Eagle Farm, leading all of the way in the Group 2 Spirit Of Boom Classic (1200m).

The Annabel Neasham-trained colt had been yet to win a race in four starts prior, but late money with online bookmakers suggested that a change of form was on the cards.

And that it was.

The son of Pariah found enough in the tank late to fend off the challenge from the classy Exo Lady under the urgings of jockey Sam Clipperton.

“It wasn’t the plan to lead, but Annabel instructed me to be firm early and take up a handy position,” the winning rider said.

“He jumped really well and I knew I was going to lead in the first four strides so I showed intent and made sure everyone knew it.

“I was able to find a lovely rhythm in front. The horse really enjoyed it. He had his ears pricked and I was mindful that it is a long straight here at Eagle Farm and it is a long way home.”

Flashing light runs were in behind, with Political Debate and Thelwell dead-heating for third, while the unbeaten Capital Tower could only manage fifth.