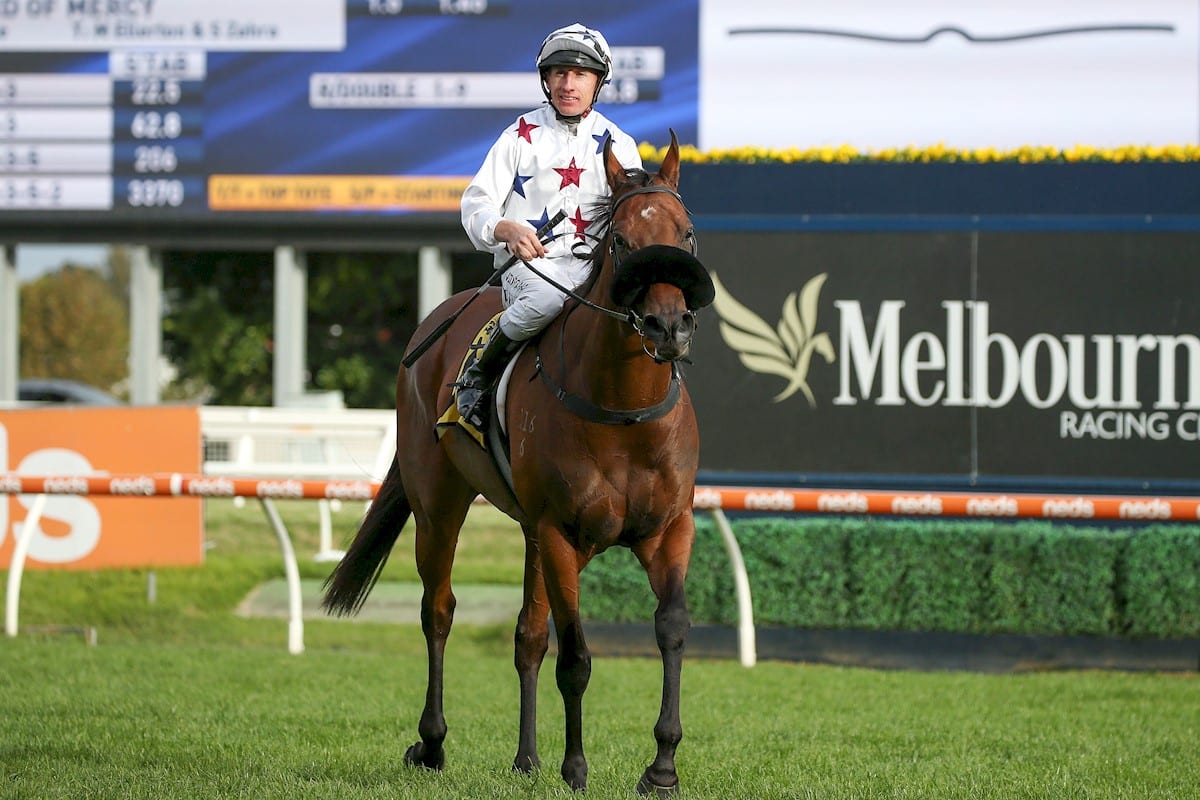 Sisstar has shown sustained speed to lead home her rivals in the Bel Esprit Stakes at Caulfield which has now earned her a shot at a Group 1 race.

The Tony and Calvin McEvoy-trained mare will head across the border for the Robert Sangster Stakes (1200m) at Morphettville on May 1 after her brilliant win in Saturday’s Listed contest over 1100m.

Ridden by William Pike, Sisstar scored by a length from Lyre with the favourite Sword Of Mercy a nose away in third place.

A sister to multiple Group 1 winner Sunlight, Sisstar herself is a multiple stakes race winner but the father-and-son training combination would like to add a Group 1 win to her resume.

“She’s a multiple stakes winner now so a Group 1 win or placing is what we need to chase now,” Calvin McEvoy said.

“She’s stepped out of the shadows of her big sister and she’s been a tremendous filly and mare for her connections as well.”

Sisstar showed great speed to land the 55 Second Challenge (955m) at The Valley last month but the mare has always had an unconventional head carriage.

That was borne out in her victory on Saturday when Pike said the only time he had control of the mare was cantering back after her win.

McEvoy said Sisstar was a difficult ride, but Pike had done the right thing in letting her run.

“That was fantastic. She’s a very quick filly,” McEvoy said.

“We wanted to come back here and get a bit more black type if we could, and I think she’s earnt a chance at the Sangster now.”