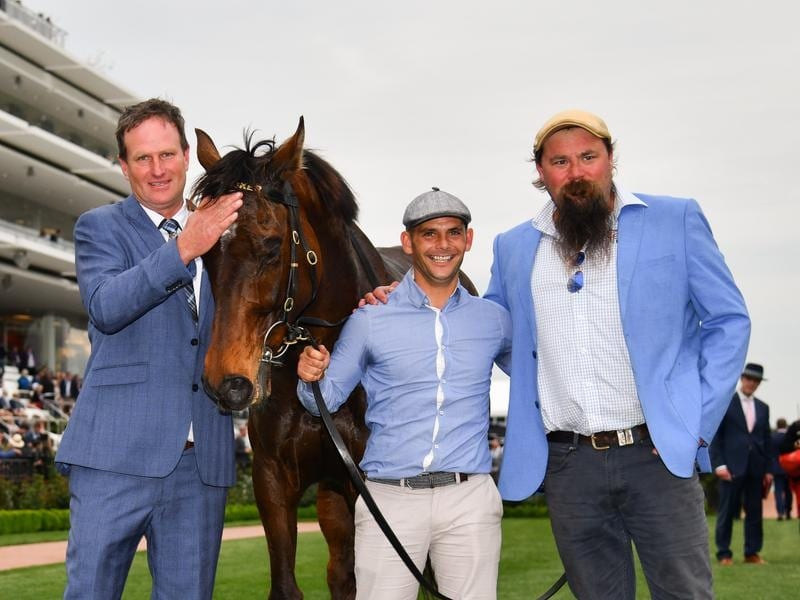 Trainer Paul Preusker says his job is done with local hope Surprise Baby ahead of the Melbourne Cup.

His focus now is keeping the stayer safe ahead of Tuesday’s $8 million race at Flemington with the fitness work all complete.

Surprise Baby is one of only three runners in the 24-horse field to have done all their racing on Australian soil and at $15 sits behind Vow And Declare ($11) with Youngstar a $34 chance.

The gelding raced to prominence winning the 3200m Adelaide Cup in March at his sixth race start.

Preusker was left gutted when Surprise Baby failed by millimetres to defeat Steel Prince in the Andrew Ramsden Stakes (2800m) at Flemington in May.

That race guaranteed the winner a start in the Melbourne Cup, so to ensure his place with Surprise Baby Preusker turned his attention to another “win and you’re in” race, The Bart Cummings at Flemington on October 5.

After one lead-up run over 1600m when a closing fourth in the Feehan Stakes at The Valley, Surprise Baby raced to a widening 1-1/2 length win, gaining his Cup place.

Preusker has refrained from racing Surprise Baby, instead concentrating on getting the miles into the gelding’s legs on his home track on the outskirts of Horsham in country Victoria.

As Surprise Baby lines up for his 11th start on Tuesday, questions have been raised whether he is seasoned enough for the task.

“He’s been up for 12 months and had two weeks off in that time, so he’s done the work,” Preusker said.

“There’s only two days to go so we’ve just got to keep him safe, so the odds are in my favour.”

Preusker admits the butterflies are starting to churn.

“It’s a long two days so we’ll get through that, get the horse to the races and I’ll switch off then.”

If successful, Surprise Baby will emulate his sire Shocking (2009) and become the first son or daughter of a previous winner since Black Knight (1984) followed his sire Silver Knight (1971.