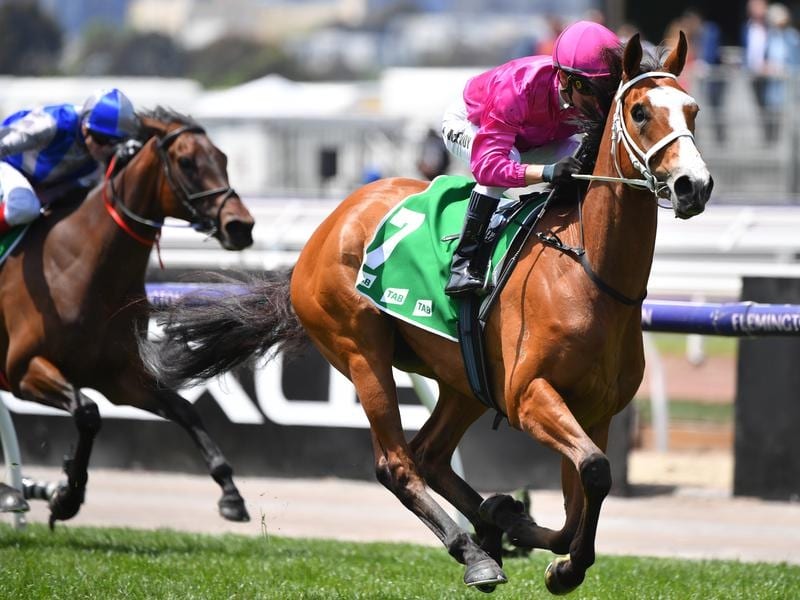 Trainer Chris Waller has described the win of Sure Knee in an early race at Flemington as a nerve settler ahead of the Melbourne Cup.

Waller saddles Cup favourite Finche, to be ridden by Kerrin McEvoy, and was in the winner’s enclosure earlier winning Tuesday’s TAB Trophy with Sure Knee.

“Kerrin didn’t panic which was a great sign and it’s great to be winning a race on Cup day as it helps settle the nerves a little bit,” Waller said.

Sure Knee is owned by the Ingham family and carried the all-cerise colours made famous by champions including Octogonal and Lonhro.

A winner over 1600m at Flemington during winter, Sure Knee was aimed at Tuesday’s 1700m race because the mare has a liking for the bigger tracks.

“I targetted this with the Ingham family because they always like to have a runner though Cup week,” Waller said..

“They don’t obviously have the same numbers they used to so we have to be careful with what we choose.

“We always have a runner for them every year, had more placings than winners, but they’ll get a big thrill out of this.”