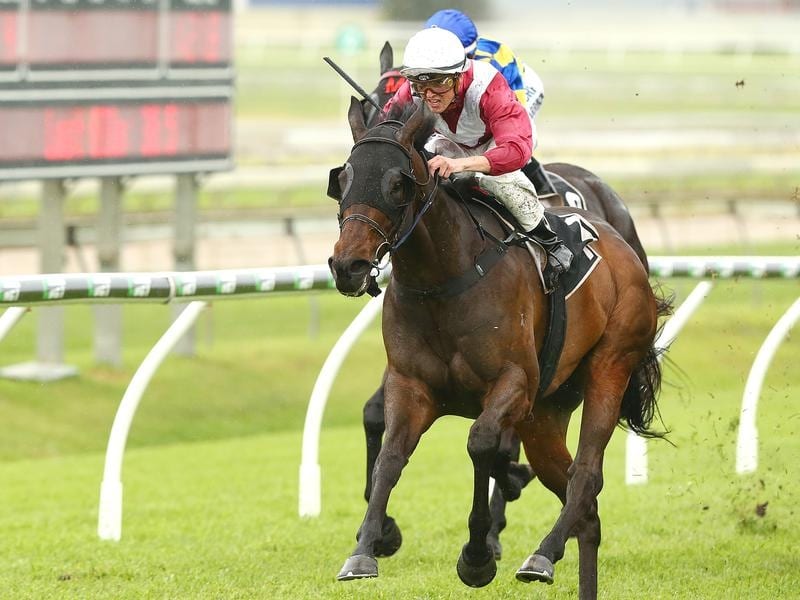 In-form gelding Mr Bellagio will be facing an important audition for bigger races later this year when he returns to racing at Eagle Farm.

Mr Bellagio is yet to win in four starts on the track which has a harder racing surface than most racecourses but he was still the $2.70 TAB favourite for Saturday’s XXXX Dry Open Hcp (1400m).

He also started favourite in the Listed Eye Liner Stakes at Ipswich two weeks ago before finishing sixth in a blanket finish behind Bandipur.

Mr Bellagio came from a long way back and was finishing better than any rival but ran out of time.

Toby Edmonds who trains Mr Bellagio in partnership with his son Trent believes the gelding showed he was up to stakes class with his Eye Liner run.

So Edmonds has targeted several races during Brisbane’s summer carnival for Mr Bellagio.

Many of those races are at Eagle Farm and Saturday’s Open Handicap is a test to see if Mr Bellagio can handle the track against better horses.

“I thought Eye Liner run was very good. As I said before that race just a bit of rain helps him and hopefully we will get some on Saturday,” Edmonds said.

“He’s back to 1400 metres which is his go, and all being good on Saturday the summer is a definite option.”

Mr Bellagio’s Eye Liner defeat was the 11th time he failed to win at 1200m but it is a different story when his 1400m record is considered.

He has won nine of his 37 starts and eight of those victories have been at trips around 1400m.

Mr Bellagio completed a hat-trick of wins and scored his first open company victory at the Gold Coast on May 22.

Edmonds then decided to give Mr Bellagio a light finish to his winter campaign before a rest heading into summer.

Meanwhile, the Edmonds combination had a successful season with 134 winners placing them tenth on the Australian premiership.

Several of their best horses will return in coming weeks including Xerri in Saturday’s QTIS Three-Year-Old Handicap (1000m).

Xerri was being mentioned as a possible Golden Slipper horse late last year and while he didn’t reach that level he was an impressive winner in his his last start at Doomben.

“He has had two solid trials for his comeback and we will see where he heads after Saturday,” Edmonds said.