Streets Ready To Roll At The Valley 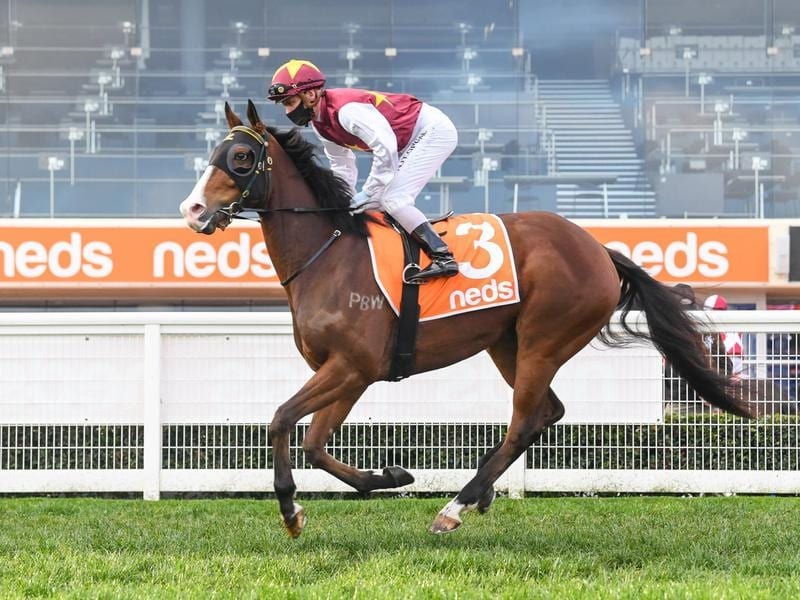 Trainer Shane Nichols will be taking his brother and sister combination to The Valley on Friday night with Streets Of Avalon and Orlando Grove chasing the feature races.

Nichols’s stable star six-year-old gelding Streets Of Avalon will run in the Group 2 $200,000 Australia Stakes and his younger three-year-old sister Orlando Grove will run in the $150,000 VOBIS Gold Carat (3YO), both over 1200 metres .

Both horses are by under-rated Victorian stallion Magnus out of the mare Kamuniak.

Nichols said Kamuniak was a small broodmare and wasn’t particularly athletic but knew how to throw a good foal.

Last February, Streets Of Avalon gave the Mornington trainer the highlight of his training career when he led throughout to win the Futurity Stakes.

In nine starts since he failed to win again in 2020 but Nichols knew that was a possibility when he won the Futurity Stakes.

“We got a race where we could dominate from the front which is what he wants and needs and everything went his way. Also no horse which ran in the Orr Stakes ran in the Futurity,” he said.

Nichols said Streets Of Avalon would run in one of the Orr Stakes or the Futurity Stakes next month at Caulfield.

“He’s the same product as last year but a little more inferior,” he said.

Nichols said Streets of Avalon would derive improvement from Friday nights race but expected him to run a big race.

He said he felt he was similar condition as to when he finished second first-up last July to Viridine in the Bletchingly Stakes which was his best effort for the spring.

He said he would give Streets Of Avalon a four or five run campaign as he had a busy time last spring.

Nichols said Orlando Grove was a nice filly who had a bright future.

At her second run she led throughout to win a maiden at Sandown Lakeside over 1200 metres but he felt she’s better off being ridden from off the speed.

He said if she ran well he would target stakes races later in the autumn.