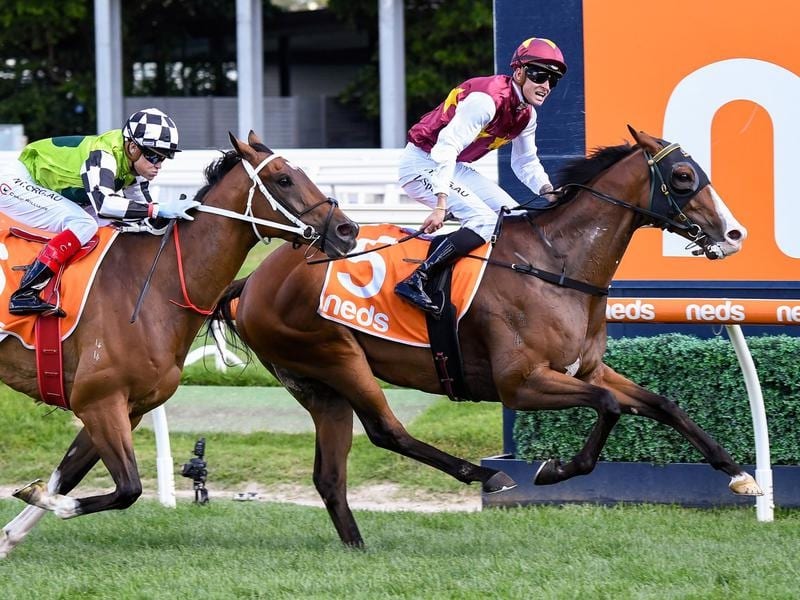 Streets Of Avalon will be looking to bounce back in Saturday’s Group 2 P.B. Lawrence Stakes at Caulfield following a lacklustre eighth in the Bletchingly Stakes on July 23.

The eight-year-old gelding has won over AU$2.4 million from his 68 career starts, with five of his 10 victories coming over the 1400m distance at Caulfield.

After running third in this year’s All-Star Mile behind Zaaki and I’m Thunderstruck, the Shane Nichols-trained galloper headed to Queensland to race in the inaugural running of The Archer, but a virus picked up along the way to Rockhampton put an end to any winter plans.

“I can’t fault him – blood picture and everything has been good.

“All the indicators with his work are that he’s in good shape.”

Although his 5.5-length defeat upon resuming wasn’t a typical performance from the old timer, his trainer was happy to put a pen through the run, saying the Soft 7 wasn’t his go.

Having started 15 times on rain-affected tracks throughout his career for just four minor placings, it is easy to see why Nichols is hanging out for a firm surface on Saturday.

“In normal circumstances, we probably wouldn’t have run him on the deteriorating track because he just doesn’t handle it anymore,” he said.

“He just needs a firm deck, and I think he’s actually going really well – but we need a firm track.”

While Streets Of Avalon will have to take on fellow Group 1 winners Mr Brightside and Regal Power, he has beaten them both before.

Although Group 1 races haven’t been out of his reach in previous seasons, Saturday’s Group 2 has been set as a target race.

“There’s three or four up the top there that are nice horses, but I think he’s beaten most of them before,” Nichols said.

“We actually rate this race pretty high. It’s probably a more-achievable goal than a Memsie – it just goes up another level with a capacity field, and a horse that races on speed like he does, it’s just a little tougher.

“This is almost a target race for us for the early part of the spring.”

Nichols is also hoping to wind back the clock a little later in the spring as he attempts to go one-better than he did in the 2016 Thousand Guineas with I Am A Star.

Nichols has nominated the untried Pavliani for the $1 million race on October 12 at Caulfield, and while it might be wishful thinking this spring, he is confident that she will measure up to the top level down the track.

Nichols has a high opinion of the youngster – so much so, he kept a share for himself.

“She trialled up really and well and she was ready to go, but we just felt that the tracks were very wet,” he said.

“She had two weeks at Fulmen Park on the water walker and then galloped this morning and worked lovely.

Pavliani is currently a +20000 chance with Bovada for the Thousand Guineas.