Stewart turns back the clock in Cup 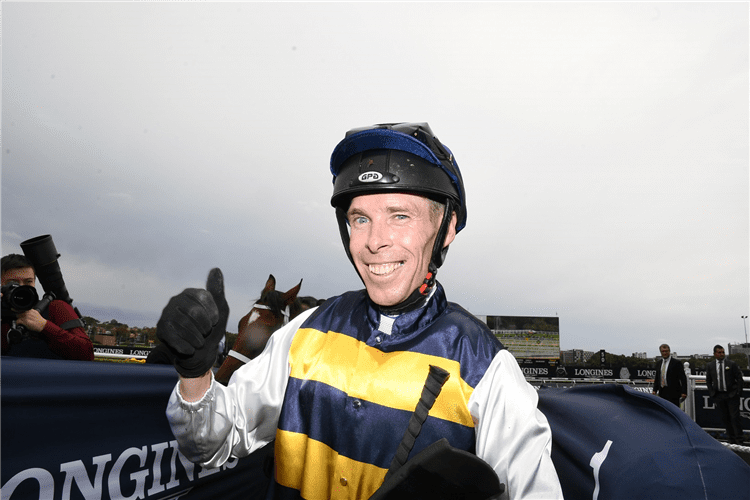 Former champion Sydney apprentice Ron Stewart has made a triumphant return to his old stomping ground, capitalising on a rare Group 1 opportunity for Chris Waller to clinch the Sydney Cup aboard Selino.

The globetrotting jockey, who has had stints in Singapore, Macau and Mauritius, is currently based in Queensland but answered a call from Waller to partner the import at just 50kg in Saturday’s two-mile feature.

Taking out the Sydney apprentices’ title in 2002-03, it was a happy homecoming of sorts for the Adelaide-born jockey.

“I’ve done a lot of riding here as a kid, then went overseas,” Stewart said.

“I’ve never really thought about coming back here but I got a phone call from Richie Callander, he used to help us out a bit in my apprentice days, he put my name forward to do some work for Chris Waller in Queensland. Lucky I can ride light and I picked up this ride.”

The victory gave Waller an early Group 1 double after taking out the Oaks with Hungry Heart but he was more thrilled for Stewart, who was coming through the riding ranks at the same time he was starting out as a trainer.

“I remember when he was an apprentice here in Sydney, I was cutting my teeth at the same time as him, so I was rapt to give him the opportunity,” Waller said.

“He is a natural light weight rider, he works hard, he has ridden overseas in Singapore successfully and he was the right man for the job.”

Stewart allowed Selino to find his feet early before chiming into the race on the corner and sweeping to the front to score by 1.25 lengths over Rondinella with Miami Bound a similar margin away.

It was Waller’s fifth Sydney Cup victory and he hasn’t ruled out aiming Selino at Australia’s most famous race in the spring.

“This horse has got decent form in the UK, he likes good tracks and he loves distance,” Waller said.

She’s Ideel started favourite and jockey Rachel King said she ran well after being held up on the home turn.