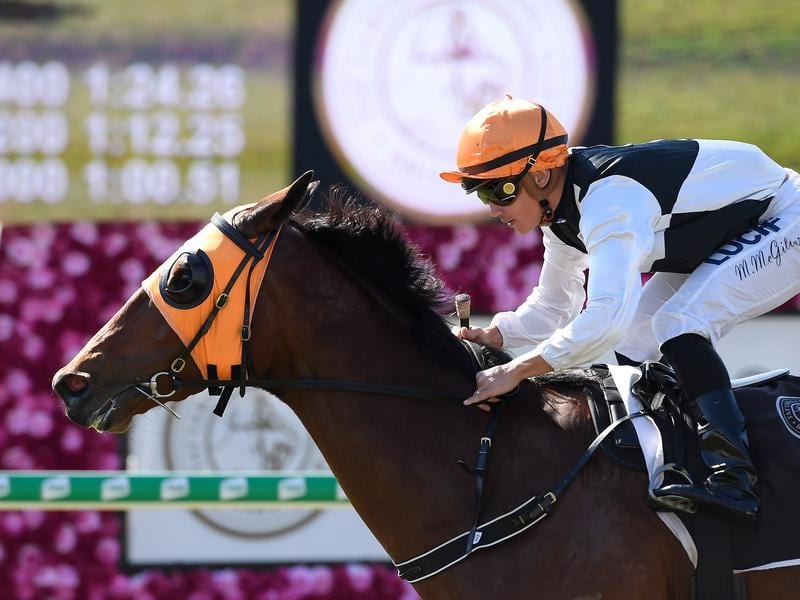 Promising Star Of Michelin appears to have overcome a slight setback and is ready to show his best at Eagle Farm.

Star Of Michelin’s most recent start was a strong finishing second behind the equally promising Baroda at Eagle Farm on February 1.

He was set to have his second run this campaign at Eagle Farm two weeks ago but was scratched on race morning.

Trainer Stuart Kendrick said there was no major problem but he was reluctant to risk him early in his campaign.

“His blood wasn’t completely right and it was better to wait as he has a big few months coming up,” Kendrick said.

“But his blood has come right and he worked well on Tuesday morning.”

Star Of Michelin won two of his first three starts but when he was beaten at his fourth start Kendrick sent him for a spell.

“He is such a big horse he really needed time to mature. Then he had to come from the outside barrier first up when second.”

“The three-year-olds Australia-wide have been very strong this season. It has been the same here and we have a few who are top class. It is exciting for the future here and elsewhere.”

Star of Michelin is likely to head to the winter carnival where the Queensland Guineas is a long-term aim.

Star Of Michelin was bred by Ross Cutts who died in October.

He is by Jet Spur out of Conca Bella, who is by Show A Heart from Wabble, making her a sister to the Group One Oakleigh Plate winner Woorim who was also raced by the Cutts.

“I would love to win a black-type race with him for the Cutts Family,” Kendrick said.