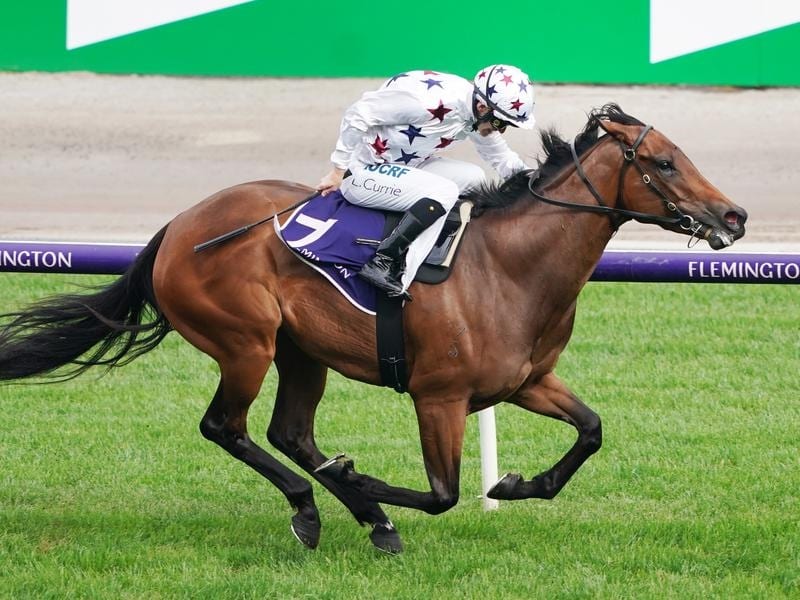 Multiple Group One-winning sprinter Sunlight has been sold for $4.2 million at the Magic Millions National Broodmare Sale at the Gold Coast.

Sunlight, who won the Magic Millions 2YO Classic at the Gold Coast in 2018 during her juvenile season and won three Group One sprints in Australia as a three-year-old, was knocked down to Coolmore Stud’s Tom Magnier.

The mare was trained by Tony McEvoy, and later by McEvoy in partnership with his son Calvin, to win 11 of her 24 starts and amassed more than $6.5 million prize money.

Sunlight’s owners decided after two unplaced runs in Group One sprints in Adelaide in May to retire the star mare and put her up for public auction in the National Broodmare Sale.

Sunlight, by Zoustar out of Solar Charged, originally fetched $300,000 as a yearling at the 2017 Magic Millions yearling sale.

Earlier on Monday, Group One-winning mare Invincibella was also knocked down to Magnier for $1.3 million.

Invincibella raced 43 times for 12 wins including the 2019 Group One Tattersall’s Tiara and amassed just over $3 million prize money.

The 2018 Group One ATC Australian Oaks winner Unforgotten was another of the star mares who hit the sale ring and she was sold for $2.75 million to Yulong.