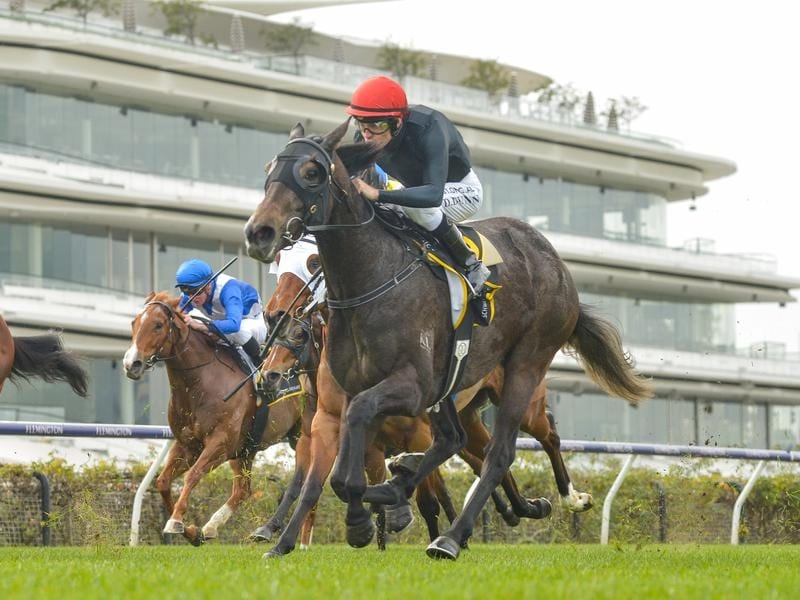 While punters may have been shocked by the victory of Standoff at Flemington, Grant Dalziel headed to the track enthusiastic about the filly’s chances.

Dalziel, who trains Standoff in partnership with his son Peter, said the filly had stronger claims than her odds indicated in the Bagotville Handicap on Saturday.

Breaking a run of outs on city tracks for Dwayne Dunn, Standoff ($26) raced to a three-quarter length win from Sunshines ($16) with the $4.60 favourite Zesty Belle two lengths away third.

A $30,000 yearling purchase at the Gold Coast in 2019, Dalziel is planning to return there early next year for the Magic Millions 3YO Guineas in January.

Standoff had raced once previously, finishing eighth at The Valley in December, but Dalziel said the run was better than it appeared.

“She’s very immature but we’ll go back to the Magic Millions as you don’t get many opportunities to run in million dollar restricted races,” Dalziel said.

Dunn said there was a lot of improvement to come from Standoff who was doing everything on natural ability.

“I had to come back at the 300 metres and go to the inside to get some clear room, but she had a turn of foot.

“When you look at her in the yard she looks more like a yearling than a two-year-old, so with her natural ability hopefully everything else falls into place.”