Stampe Sticks To Own Age Group At Doomben 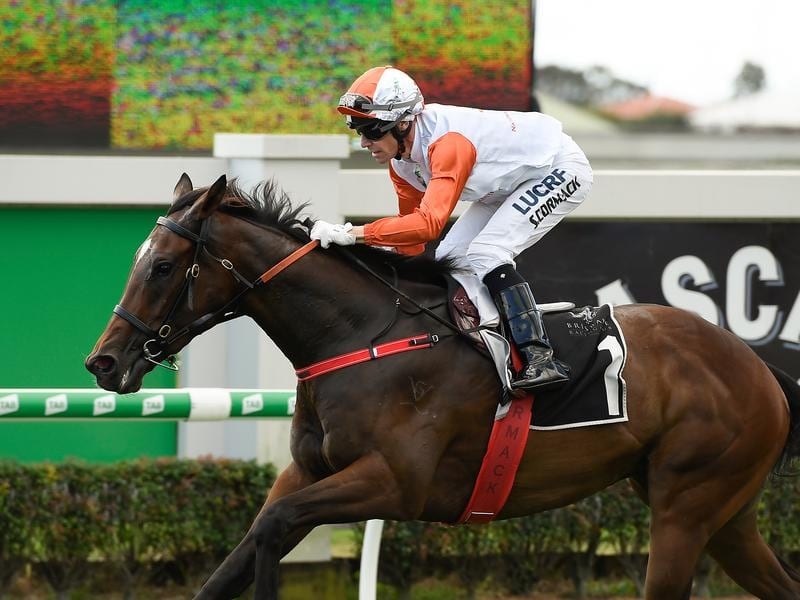 Another bad barrier draw will keep three-year-old Stampe to a race against his own age at Doomben.

“Of course he drew barrier ten in both races. I was leaning to running in the three-year-old anyway so he might as well go there,” Munce said.

Stampe has recorded a win and three minor placings at his past four starts against the cream of the current three-year-olds.

“He has had big weights and terrible barrier draws. At his past four starts he has not once started from inside barrier seven,” Munce said.

“And he has been getting big weights including 60kg when he was third at Doomben last time.

“I suppose in summary he is a pretty good horse who deserves another win.”

Stampe is one of three promising three-year-olds Munce has at Doomben.

His filly Al Jood will take on older horses in the Thank You Health Workers Handicap (2030m).

Al Jood has won twice recently at the Sunshine Coast with an unplaced run at Eagle Farm wedged in between.

“She just didn’t handle Eagle Farm but a lot of horses don’t at their first go,” Munce said.

“Al Jood was my Oaks filly but of course that is up in the air with the decision to scrap the winter carnival.

“Hopefully they will come up with some scaled-down model.”

“I had the Queensland Derby in mind for him but again we will have to wait and see.”