Stallion Ocean’s Fourteen Back On Track 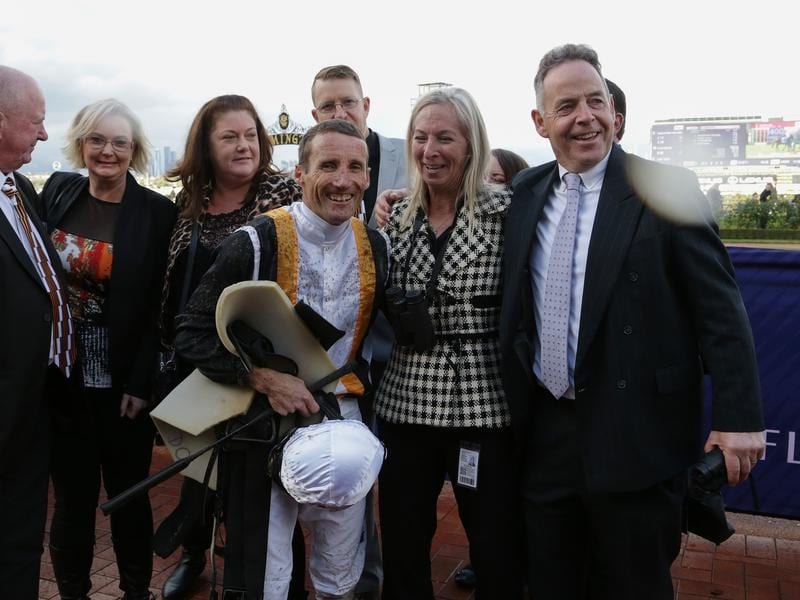 It takes a special type of horse to be serving mares while still racing and Ocean’s Fourteen fits that bill.

The five-year-old runs at Flemington on Saturday in the #Lovethehorse Trophy (1600m), his second start back after a knee injury his owners thought would force him into premature retirement.

Ballarat trainer Simon Morrish says you would never know Ocean’s Fourteen was a stallion serving mares given his demeanour around the stable.

After beginning his career with Ciaron Maher, his career was halted by a knee issue in August 2018 with the prognosis he was unlikely to make it back to the track.

“He was basically retired and started serving mares at Wyndolme Park, Kim McKellar’s property, and Kim had a look at him one day and said there is a chance this horse could stand a prep,” Morrish said.

“The horse came my way. We’ve been able to get him right through and he’s lovely and sound, which is great.

“He’s finished serving mares for the season. I think he served five mares and got them all in foal.

“We keep him away from the fillies and mares, but he knows they’re there and when he walks past he has a bit of a look and sings out occasionally, but he’s a lovely natured horse.”

Morrish said the hope for Ocean’s Fourteen is that he can win a nice race to lift his profile as a commercial stallion.

While a mare occasionally races on early in their pregnancy, Morrish said it was rare for a stallion to combine racing and breeding duties.

But Ocean’s Fourteen showed he was up to it, winning first-up at Kyneton on November 6.

“I don’t think too many horses would cope with it mentally,” Morrish said.

“I was a bit worried when we took him to Kyneton but he had a nice quiet stall up in the corner and he was on his best behaviour.

“He’s trained on well since. He’s there to run a good race but I’m not sure where he fits in the big picture.

“There’s a couple up the top that are quite handy, but he’s got a good gate and good jockey (Craig Williams) and fingers are crossed.”