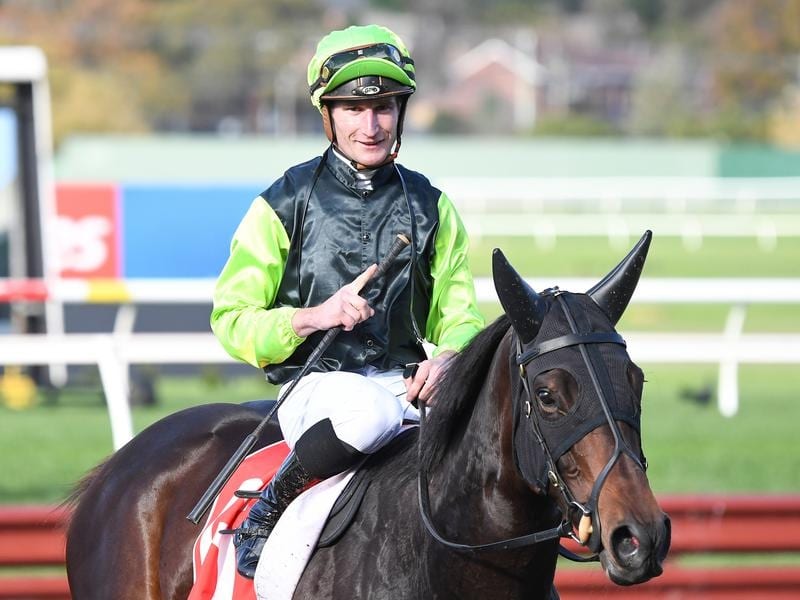 After surpassing his goal of riding 100 winners in a season, Daniel Stackhouse is now looking to challenge for the Victorian jockeys’ premiership.

A city double at Sandown on Sunday and a winner at Echuca on Monday has taken 29-year-old Stackhouse’s season tally in Victoria to 109, three behind Jye McNeil who has ridden the most winners in the state during the 2019/20 season.

Stackhouse said it was a great feeling and also a relief when he reached the 100-wins milestone earlier this month.

“It felt like a great achievement that I was able to do that with still two-and-a-half months of the season to go,” Stackhouse said.

“My manager and I had targeted at the start of the season to ride over 100 winners.”

Stackhouse said he does not want to get ahead of himself but admits it would be an achievement if he could win the Victoria statewide title.

“It’s something I haven’t set out to do but it’s near and it’s close enough to be able to do it, so I’ve just got to keep working hard and keep focused for the next two months because a lot can happen in two months as well,” he said.

“I just want to keep cruising along and probably the last month I’ll see where I’m at.”

Among his season tally has been 12 metropolitan wins including a Group Three victory on two-year-old filly Minhaaj for the Lindsay Park stable at Flemington in March, and the Listed Bendigo Guineas on Riddle Me That for trainer Matt Laurie.

“I’ve been lucky enough to have the backing of Lindsay Park,” Stackhouse said.

“They’ve been great and also all the other trainers that have supported me.

“From the start of the season I probably went to a lot of meetings that I normally wouldn’t ride at and just rode everywhere, and took as many rides as I could.

Stackhouse rides at Sale on Wednesday while at Saturday’s metropolitan city at Caulfield his book of rides is scheduled to include six-year-old gelding Ashlor in an 1100m handicap, a horse the jockey has had a good association with.

“I know the horse pretty well. He is a good old warrior.”