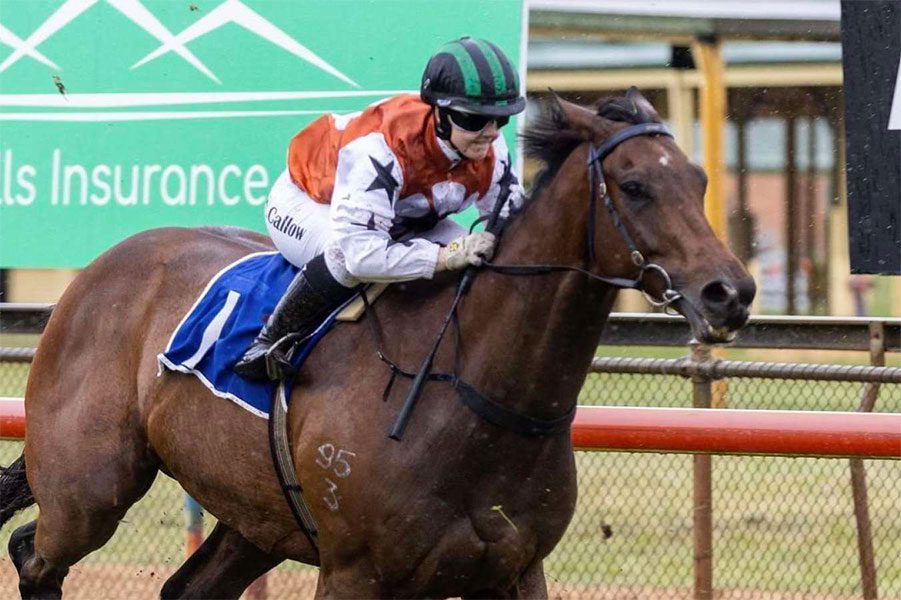 Apprentice jockey Stacey Callow made the most of her opportunities at Kangaroo Island on Saturday, riding her first winning treble.

The daughter of Noel Callow only began race riding one month ago, yet she already has eight wins to her name.

While Saturday’s meeting was a non-TAB affair, Callow made hay by riding a winning double for trainer Paula Trenwith and also booted home the Dennis O’Leary-trained Taipan Tommy in race three.

Trenwith finished the day with a trainer’s treble at Kangaroo Island, with Oakfield Geronimo winning race two under Jade Doyle before Callow saluted on The Ladies Man and Run On in the final two races of the afternoon.

The trio of winners trained by Trenwith were all owned by Dave and Rachael Cunningham, making it quite the trifecta for the stable on the island.

The talented hoop saluted on Splash Some Cash in race four, giving him his first win since Jetty saluted at the Sunshine Coast on December 3.

The John Gilmore-trained runner relished the wet track, scoring a narrow win over Bargannon and Sir Barnabus in the 1600m event.

“It worked out perfectly early, but I got pushed wide at the 600,” Noel Callow told Stable Boss.

“He just keeps whacking away and stuck his bib out, so all good.”

Racing returns to Kangaroo Island on February 17 and 19 for the running of the Sealink Cup Carnival, which will be broadcast on Sky Racing.