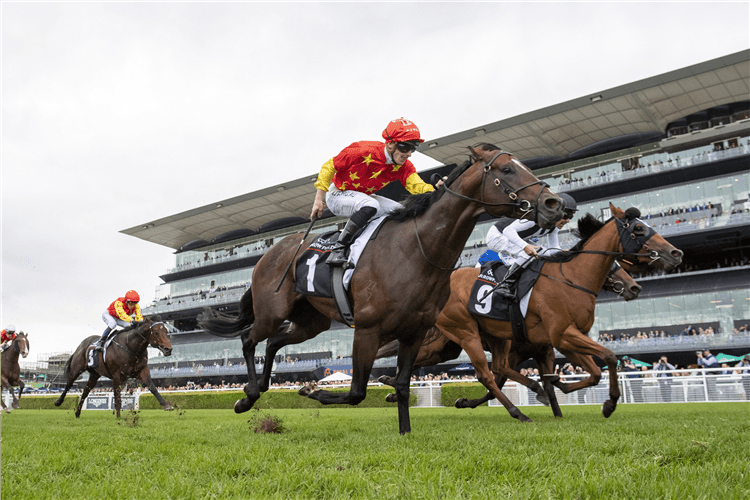 The Snowdens have endured a lean autumn by their usual lofty standards but Wild Ruler has put them back in the frame with a fighting victory in the Group 2 Arrowfield 3YO Sprint at Randwick.

Co-trainer Paul Snowden said wet tracks had extinguished the chances of many of their runners over the carnival and he was thrilled to see Wild Ruler rebound from his Galaxy defeat for his syndicate of owners, which include Newgate Bloodstock and the China Horse Club.

“The weather has played a big role, and I know you can’t blame that too much but that what’s happened,” Snowden said.

“It’s good to get a real good win for this group of buyers. They’ve been stable supporters from day one.”

Wild Ruler had no favours from an outside draw but he dug deep to cling to victory by a half-head over the flying Isotope with Prague another half-neck away in a three-way drive to the line.

Snowden believes the winner can measure up at the highest level in time and has not ruled out a shot at The Everest should he get a slot.

“He has proven a few times now he can soak up that pressure,” Snowden said.

“It was an extraordinary effort, three-deep no cover. It’s hard to do in any race let alone a most important one such as this.”

The disappointment of the race was Coolmore Stud Stakes winner September Run who finished down the track and jockey Craig Williams said she was not the same filly in Sydney.

“We know how good she can be. She is a jet down the straight,” Williams said.

“I think Chris (Waller) indicated he is going to target the Melbourne spring down the straight.”