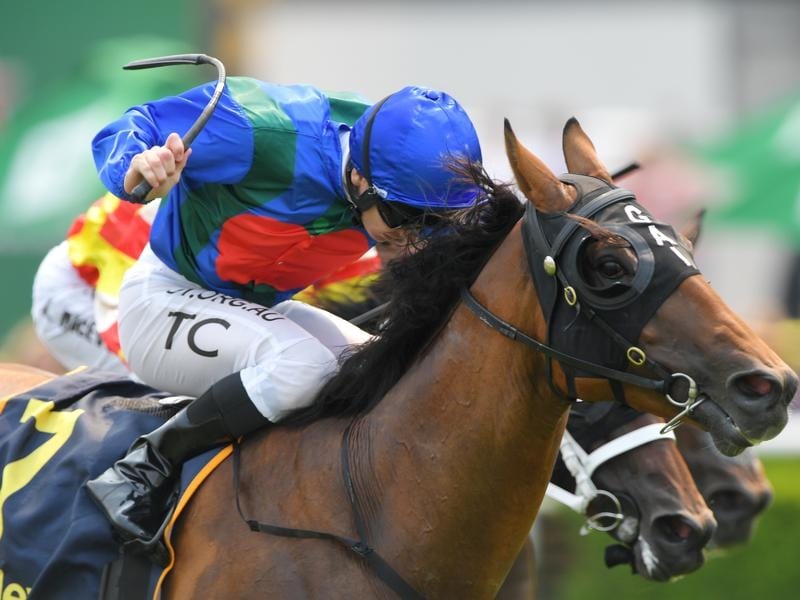 A masterful training performance by Gai Waterhouse and Adrian Bott has given French import Vadiyann the perfect start to his Australian career with the stayer landing a tough win at Randwick.

Vadiyann showed promise in France winning three of his five starts but had not raced for 15 months when he stepped out in Saturday’s Bisley Workwear Handicap (2000m).

Despite his lengthy absence from the races, Vadiyann ($4.80) had the fitness to trail leader Fun Fact and quickly get the better of him in the straight before holding off the late bid of Guise ($5) to score by a short neck.

House Of Cartier ($6.50) ran on solidly another length away.

“Although it would have made it a true test for him with his fitness first-up and just having to do a bit of work early, that tempo really suits those staying-type horses.

The Tulloch Lodge gelding will go through his grades this preparation and while the stable plans to take a patient approach in the short-term, they have bigger long-range plans.

Bott is keen to use this campaign to let Vadiyann acclimatise and adjust to Australian racing conditions and lay a platform for better races in the spring.

“No rush to take any big steps just yet. We just want to enjoy taking him through his grades,” Bott said.

“It’s probably more in the spring, once we’ve got him seasoned and conditioned to Australian conditions here, that’s when we can set our sights a bit higher and look for some nice staying targets.”

In-form jockey Tim Clark rated Vadiyann superbly, taking his time to work forward when the horse did not began as cleanly as anticipated.

Once he got in the leader’s slipstream, Clark got the horse into a rhythm and was taken enough by his effort to predict a bright future.

“It was some performance there, first up over 2000 after such a long spell,” Clark said.

“The first time I sat on him was only in his latest trial and he just gave me the feel of a nice, progressive stayer who was going to continue to improve as he got over further and it’s a good kick-off point for him.

“Like a lot of these imports, the good ones, he’s got a bit of class about him.”

Fun Fact started a $3.10 favourite but raced too keenly in front and tired to finish sixth.