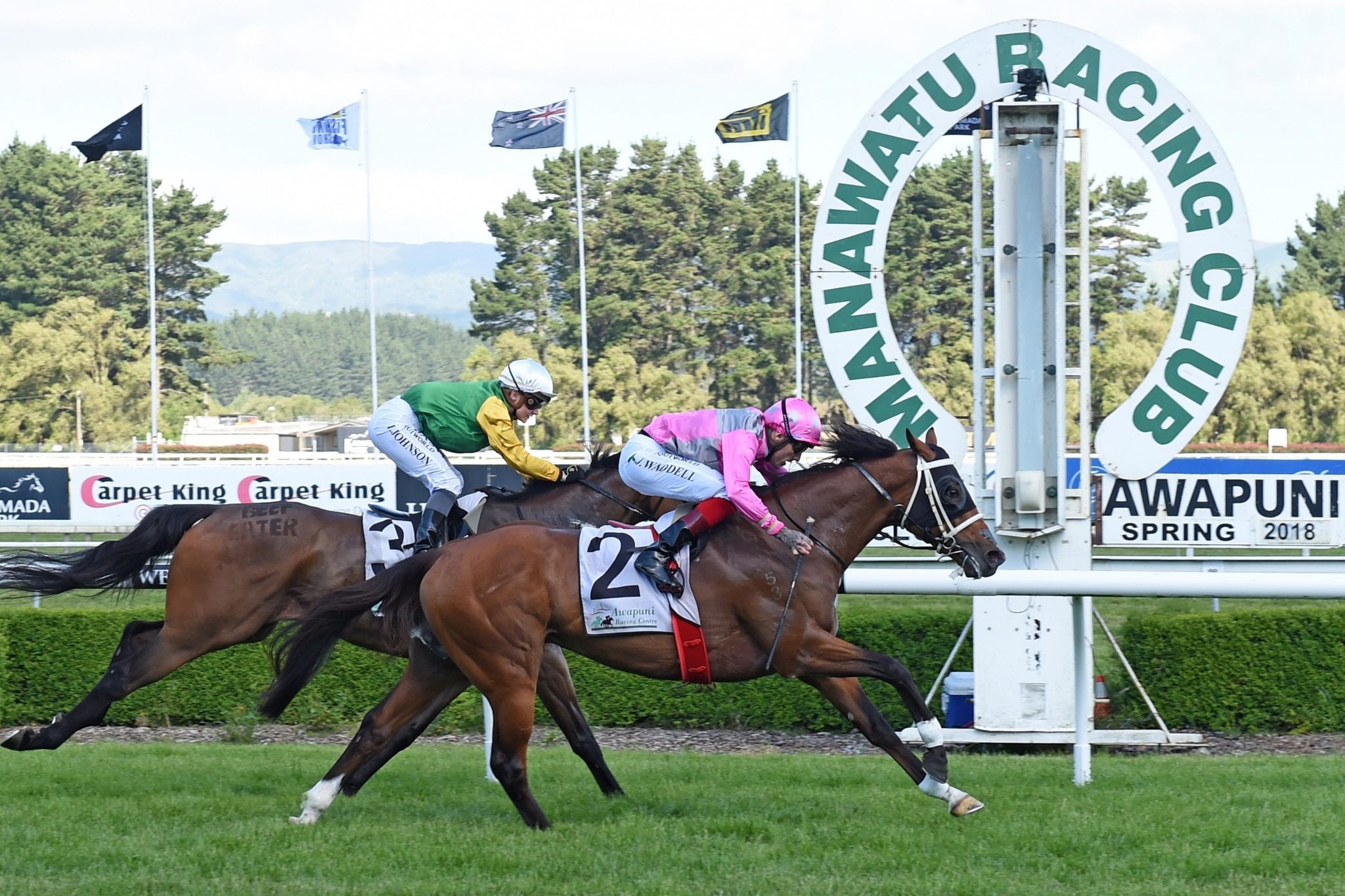 Otaki trainers Johno Benner and Hollie Wynyard are hoping to ditch the bridesmaids tag with their consistent galloper Wyndspelle next season. The five-year-old entire recorded two runner-up performances at Group 1 level this season and a further placing in the Group 1 Windsor Park Plate (1600m) in September, and they believe he can breakthrough at elite level next term. “He was triple Group 1 placed, he probably should have won the Anniversary (Group 3, 1600m) as well, he was pretty unlucky,” Benner said. “You can’t complain, although he is not winning, he is still going very well every time he races. “He’s gone pretty close, so hopefully this year he can get one.”

Wyndspelle has returned after spelling since his runner-up performance to Melody Belle in the Group 1 Haunui Farm WFA Group 1 Classic (1600m) on his home track in February, and the son of Iffraaj is being set to take a similar path next season. “He is back in work, he returned to the stable in late May. He looks sensational and he is happy to be back,” Benner said. “He will follow a similar path (to last year), he will go to the first two Group 1s at Hawke’s Bay, all going well, and we will just go from there.”

Benner and Wynyard are enjoying their busiest season to date, with nearly twice as many starts as last season. They have been rewarded with 15 wins, their highest season tally, and are enjoying operating out of their Otaki barn. “We are chipping away and have a few more horses around us now, we have had an okay season so far,” Benner said. “We trade a few horses too along the way, so you find a lot of your better ones leave the stable, but that’s the only way to get ahead. “We always try to work around 20. We have pretty much got Otaki racecourse to ourselves, it’s a nice little set-up, nice and quiet. “We have got good facilities and have the beach nearby too, and it seems to be working well.”

Benner is looking forward to next season and is hoping they can uncover another young star. “Wyndspelle is the marquee horse of the stable at the moment,” he said. “We will see how the season goes, you never really know where the next one is coming from.”