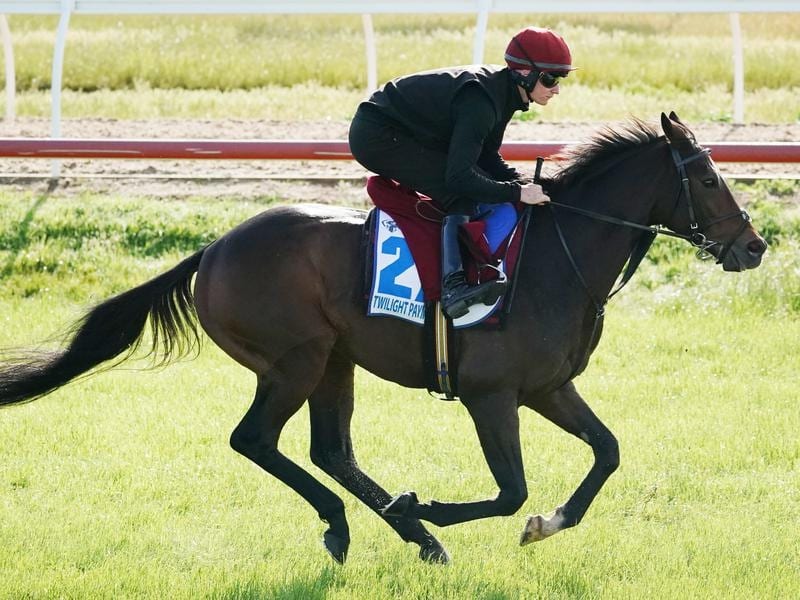 Trainer Joseph O’Brien added to the uncertainty over international runners at this year’s spring carnival despite having two Irish Derby undercard winners who firmed in Melbourne Cup betting.

O’Brien sent out Buckhurst and Twilight Payment for Group Three victories at the Curragh but the 2017 Melbourne Cup-winning trainer is unsure if they will be seen in Australia.

Like most northern hemisphere trainers with potential spring horses, O’Brien’s plans to travel his team from Ireland are on hold during the coronavirus pandemic.

In a normal year of international racing, Buckhurst and Twilight Payment would appeal as obvious Australian candidates because they are raced by six-time Melbourne Cup-winning owner Lloyd Williams.

But O’Brien said the feasibility of getting to Melbourne would depend on the lifting of travel limitations imposed to mitigate the spread of COVID-19.

Twilight Payment ran in last year’s Melbourne Cup and made the running in the early stages of Australia’s greatest race before finishing 11th behind Vow And Declare.

O’Brien, the son of champion Irish trainer Aidan O’Brien, conceded the chances of another Melbourne Cup campaign are out of his control.

“He could possibly go to Melbourne but the way things are at the moment we don’t know if that is going to be an option with travel restrictions,” O’Brien said.

Twilight Payment tightened from $51 to $41 for the Melbourne Cup after leading home six rivals in the Vintage Crop Stakes over 2800m.

Among the beaten brigade was stablemate and fellow Williams-owned runner Master Of Reality.

The gelding was having his first start since his relegation from second to fourth in last year’s Melbourne Cup.

In finishing sixth, Master Of Reality was more than 10 lengths in arrears of Twilight Payment whom O’Brien said was always a difficult horse to run down.

“He’s a hardy horse. He got his own way in front and is a tough horse to pass. He has good form around here,” the trainer said.

Buckhurst is a $34 Melbourne Cup chance after leading throughout in the Alleged Stakes over 2000m.

“It was a small field but they are three good horses in all fairness. I felt he won well at the line,” O’Brien said.

“The Tattersalls Gold Cup looks the obvious race for him now.”

A Group One race, the Tattersalls Gold Cup will be run over 2000m at the Curragh on July 26.

Racing Victoria officials hope to have spring carnival protocols in place before the Gold Cup to ensure northern hemisphere stables can finalise any Australian plans.