Sport And Politics Mix With Donandkim 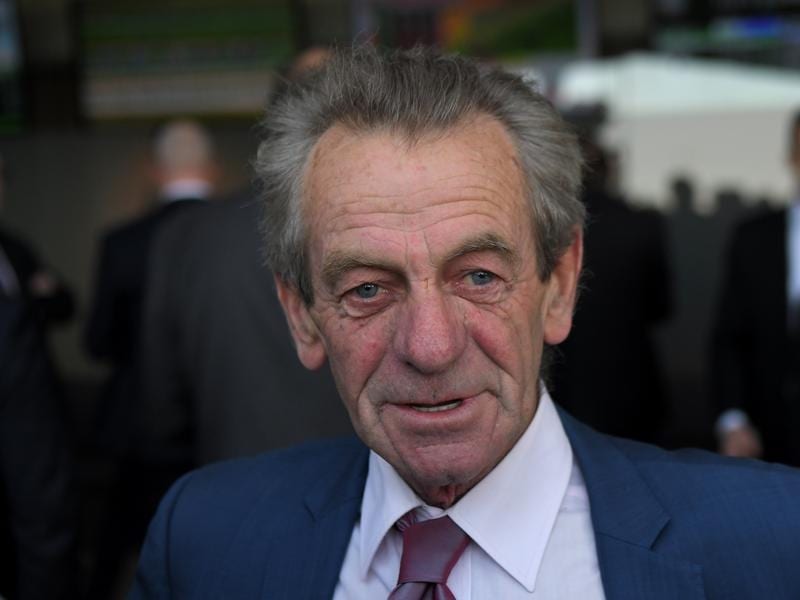 Spring Stakes contender Donandkim might not be the best horse in Gerald Ryan’s stable but he surely gets a gong for being the most cleverly named.

The three-year-old takes his moniker from US President Donald Trump and North Korea’s Kim Jong-un, who provided timely inspiration for his owners with their historic meeting at last year’s Singapore Summit.

“He is by Smart Missile out of Negotiate so he is very well named.”

Donandkim came to Ryan from Gary Nickson having raced twice as a juvenile for two comprehensive defeats.

It was a statistic that did not match his looks or the ability he showed outside race day.

“On his work and his trials previously, I didn’t know how his form could be so bad,” Ryan said.

“I just think it was a maturity thing.”

Since joining Ryan’s team, Donandkim has had three starts, notching two wins at Bathurst and another at Goulburn, all against older horses.

He steps up to another level in the Group Three Spring Stakes (1600m) at Newcastle on Saturday but after building the gelding’s confidence and rating on the country circuit, Ryan is keen to see how he copes against better-grade three-year-olds.

“It fitted with his program,” Ryan said.

“Whether he’s ready I’m not sure. It is a lot tougher than what he has been beating but he is the fourth highest rated horse in the race.

“We will see how he measures up.”

James Innes jr has been aboard Donandkim for his three wins and has been rewarded with the Spring Stakes mount.

Ryan will also take Coterie to Newcastle for a benchmark race, hopeful the booking of jockey Brenton Avdulla can coax the best from the horse.

“He has been a bit disappointing from what he’s shown at home,” Ryan said.

“Brenton is the only jockey to have won on him so he’s got Brenton back on.”