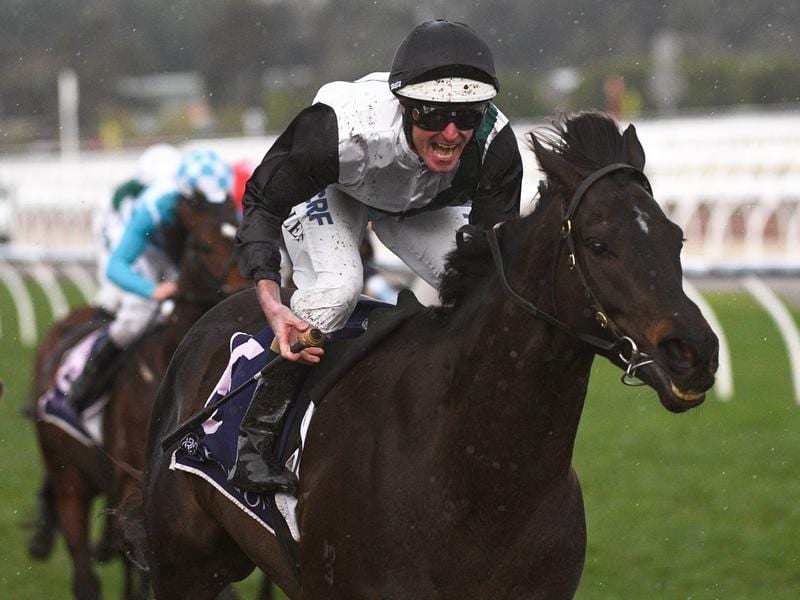 So Si Bon may be ready to live up to lofty expectations after his first-up win in the Group Three Aurie’s Star Handicap at Flemington.

After collecting a Group One placing for Laing in the spring of 2017 as a four-year-old, So Si Bon was transferred to the Lindsay Park stable of David and Ben Hayes and Tom Dabernig after he savaged another runner at the start of the Sandown Classic.

So Si Bon’s manners continued to prove his undoing and he was gelded before the spring of 2018, eventually collecting a second career win in the Lord Stakes at Caulfield.

Saturday’s victory in the Aurie’s Star was So Si Bon’s third with senior trainer David Hayes believing the gelding can be a player this spring.

So Si Bon’s victory was Hayes’ first in the Aurie’s Star since Niconero in 2005.

“I’d just got back from Hong Kong and Niconero went on to win at Group One level and let’s hope this horse can,” Hayes said.

“He ran fourth in an Australian Cup and now that he’s a gelding his form has been pretty good.

“We’ll probably head towards the Sir Rupert Clarke and the Toorak Handicap at Caulfield over the spring.

“I don’t know what his best trip is, probably as a sprinter-miler and today was probably his career-best run.”

Nolen said So Si Bon was now a pleasure to work with since the horse had been gelded.

“He’s a happy horse and we’re the beneficiary of it now,” Nolen said.

“Horses don’t ever lose their ability, sometimes you have to find a way to extract it from them.”