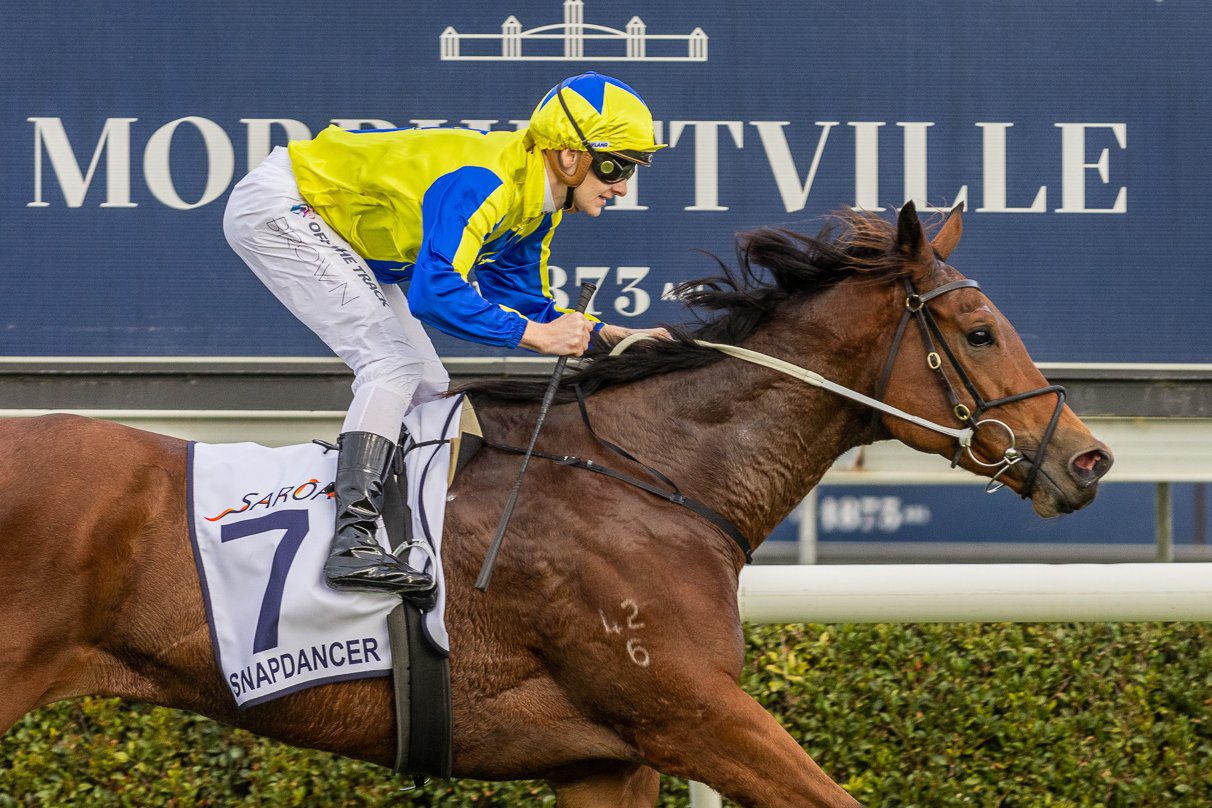 Ciaron Maher was simple in his instructions to young jockey Ethan Brown – start well and your own slice of history awaits.

Brown did just that aboard five-year-old Snapdancer, before guiding the mare to a comfortable 1.5-length win in the $502,250 Robert Sangster Stakes (1200m) at Morphettville.

In doing so, the 23-year-old went on to record his maiden Group 1 triumph.

Despite being given a $17 winning chance with Ladbrokes and the least supported of the three Maher and David Eustace runners in the feature, Snapdancer never gave her rivals a chance.

This was despite drawing the wide barrier 15.

Stablemate Away Game’s ($7.50) second place gave the Maher and Eustace stable a quinella in the sought-after sprint.

Brown was struggling for words to describe his first Group 1 salute, the 314th overall victory of his career.

“It’s still spinning a bit – I can’t really believe it. But to get my first Group 1 here especially for Ciaron and (owner) Brad Spicer it’s just amazing,” he told Racing.com.

“I can’t believe it.

“Ciaron said just make sure you’re on top of her in the gate. It was a little bit of a worry her going in so early, but fortunately enough she jumped well and got a nice lead and played it to perfection.

“I can’t explain the feeling. I’ve been in that situation a few times and been run down, but the feeling she was giving me I was confident pretty far out.

“It’s been a lifelong dream, and to get it at such a young age it’s so surreal. My grandparents are watching here today which makes it even more special.”

Snapdancer’s last start before Saturday was a disappointing 15th place in the $1.5 million Newmarket Handicap (1200m) at Flemington on March 12.

The break between this race and the Sangster Stakes was key to the five-year-old’s brilliant victory.

“We couldn’t really make sense of what happened last start. There was track bias and she just didn’t like the straight,” Maher said.

“But we freshened her up and pretty much with the Gold Coast (winning the $1 million Magic Millions Fillies and Mares over 1300m on January 15) the main thing with her is the start.

“I drilled it into Ethan – I said if you get the start the rest is easy. And I was very surprised how easy she got across.

“The team has done a great job with her. She’s been up a long time from January until now.”

“Browny does a lot for the stable. Really thinks about what he’s doing and puts a lot of homework in. It’s just fantastic.”