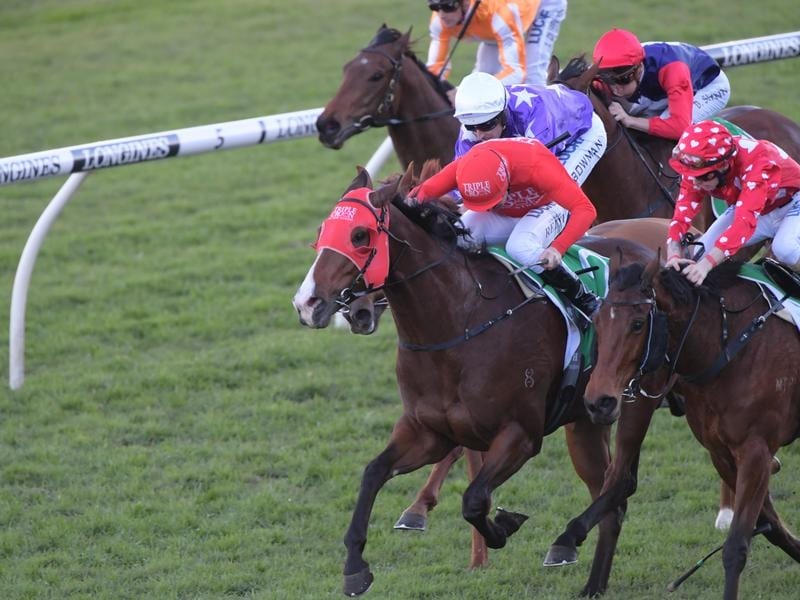 After almost 12 months between wins, Smartedge has now put two together, dispensing with a couple of spruik horses in the process at Randwick.

With Christian Reith aboard, Smartedge ($13) stole a break on the field in the straight and held Notation at bay by a nose.

The win came a month after the Peter and Paul Snowden-trained gelding was taken to Brisbane where he won a Class Six race at Eagle Farm.

“It’s marvellous what a win does,” Peter Snowden said.

“Winning form is good form. Christian made all the right moves at the right time.

“This horse has been unlucky a few times and has run second to some really good horses.”

This time it was Notation who was unlucky, being unable to get clear running until the final stages while Ljunberg was a disappointing sixth.

“He was able to get away better than he has been.

“I let him go and he responded really well. He was fantastic today and the Snowden polish helps.”

Sydney’s soon-to-be crowned champion apprentice Robbie Dolan was ruing the one that got away on Notation saying she should have won.

After scoring earlier on the Allan Denham-trained Bangkok, Dolan ends the season with 48 metropolitan wins as he begins a careless riding suspension which takes in the final city meetings for 2018/19.