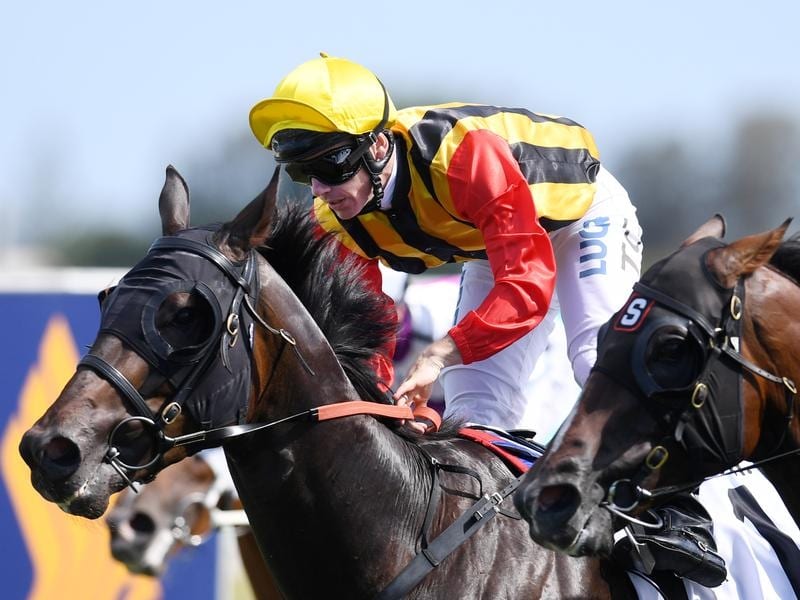 Smart sprinter Boomsara will be on trial for a Sydney spring campaign when returns to racing in the $200,000 Listed Ramornie Handicap (1200m) on Wednesday.

Boomsara was expected to be a major player in the Brisbane winter carnival but after it was originally scrapped he was a late starter missing the first two months.

Trainer Chris Munce said while it was disappointing to miss the carnival it could prove a blessing in disguise.

“He had some little issues after his last run in the Magic Millions QTIS race in January,” Munce said.

“We gave him a really good spell and got him back without hurrying.

“If he races well in the Ramornie we can press on to Sydney and look for the right races around 1200m-1400m for him.

“There probably won’t be much left up here for him until the summer but with coronavirus around you don’t want to set your plans in cement.”

Boomsara had a trial at Doomben on June 18 when he finished second to stakes winning mare Multaja.

“He has come on from there and he should be competitive on Wednesday,” Munce said.

Boomsara hasn’t won since the 2019 Magic Millions Guineas but Munce feels he is getting back near his top.

Meanwhile, co trainers Toby and Trent Edmonds have decided not to chase a third straight Ramornie with Mr Bellagio.

“We only entered him in case it rained but the forecast is for the dry,” Toby Edmonds said.

“We also won’t run Ocean Addict in the Grafton Cup on Thursday. It means I won’t have a runner at the Grafton carnival for the first time in about 23 years.”

Edmonds won the Ramornie Handicap the past two years with Havasay.