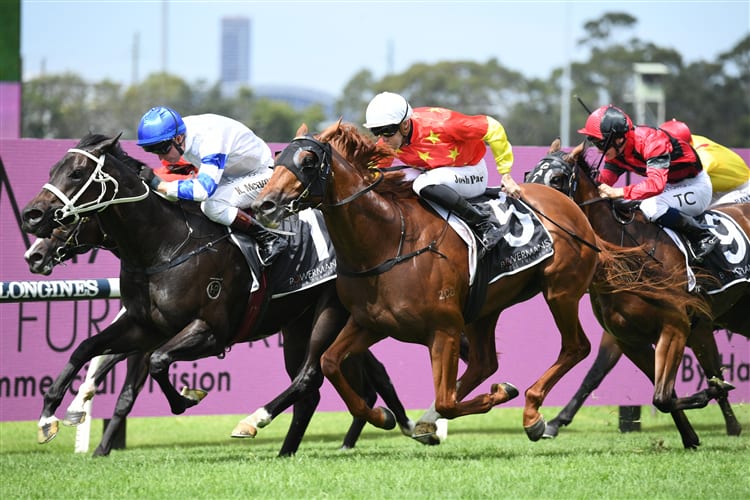 It is a path that champion trainer Chris Waller has taken before with his colt Shaquero, and he has no qualms taking the quick seven-day back-up into the Golden Slipper with his two-year-old.

Shaquero had raced the week before his dominant Magic Millions victory on the Gold Coast, in January and finds himself with the same conditions leading into next Saturday’s $3.5 million Golden Slipper.

When asked if he needed any persuasion to run the son of Shalaa, Waller was adamant the quick turnaround wouldn’t pose a problem.

“In fact, he ran a week before the Magic Millions and he does pretty well in between runs. He needs to be kept up to the mark and he’ll be fitter again in seven days.”

Shaquero seems to be maturing with racing, and Waller was impressed with some of the improvement he took today.

“Firstly it was good to see him settle,” Waller said.

“And it was good to see him push out and sustain a good gallop and he held off the challengers late.”

The barrier draw will be conducted Tuesday morning.