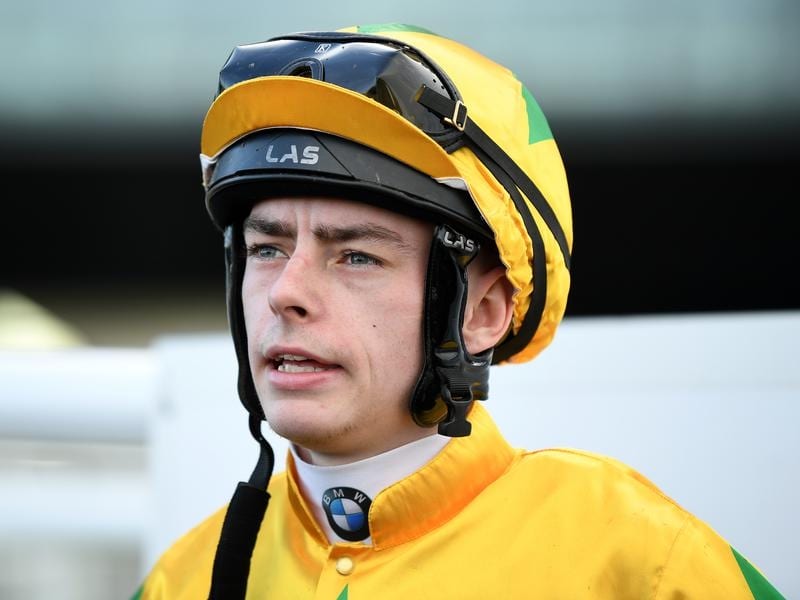 The in-form trainer won the Villiers Stakes with Greysful Glamour while Spirit Ridge delivered him the Summer Cup-January Cup double.

It was import Skymax’s turn at Warwick Farm on Tuesday with the stable’s former champion apprentice Robbie Dolan making a bold mid-race move to take him to the front.

Once in the lead, Dolan was able to get Skymax into a good rhythm and when Wolfe laid down the gauntlet in the straight, the former English galloper responded.

A six-kilo pull in the weights over Wolfe told in the final bounds with Skymax holding the Tulloch Lodge stayer at bay to land his first stakes win in the 2400 metre race.

“We’ve had a really good run through the summer in these types of races and this guy is another one who still has good improvement to come,” Newnham said.

“He didn’t begin as well as we hoped so he was in a tricky position but Robbie rode the race to suit the horse with a nice light weight and made it a good contest.

“He has been a really nice horse for the stable in the small time we’ve had him.”

Skymax denied Wolfe’s co-trainer Gai Waterhouse what would have been a fitting win after she was made an Officer of the Order of Australia (AO) in the Australia Day honours list on Tuesday.

Josh Parr had ridden Skymax in his three previous Australian runs but was unable to make his 53kg weight in the Listed feature.

Dolan picked up the ride and admitted to a few nervous moments after Skymax was slugglish to begin.

“Plan A, B and C went out the window. I think we were down to Plan Z at one stage there,” Dolan said.

“He was sort of just waiting for someone to help him along and he was back on the bridle again through the line so he’ll definitely get further again.”

Skymax and Wolfe cleared out from the field with Kaapfever doing best of the rest another three lengths in arrears.