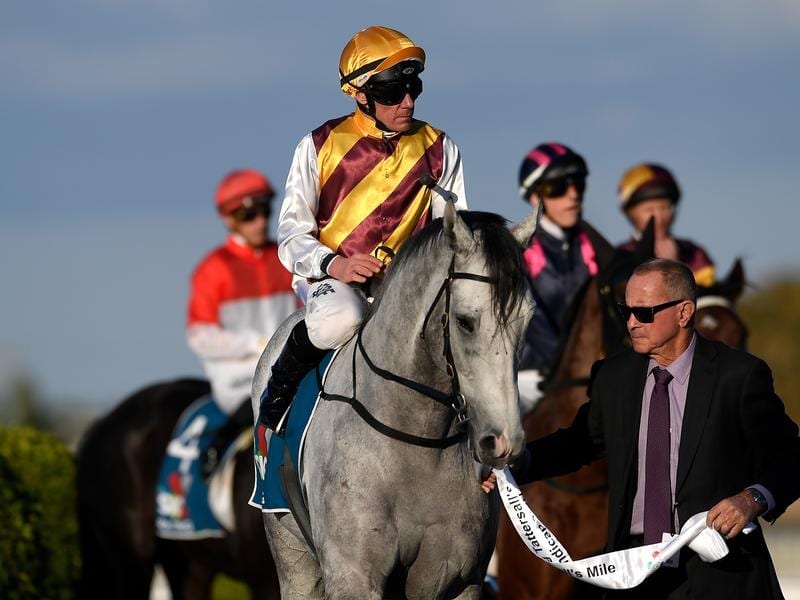 Silvera will get his chance in Sydney after he won the final stakes race of the Queensland season at Eagle Farm.

The gelding won the $150,000 Rockhampton Cup two weeks ago and trainer Tony Gollan resisted the temptation to head to the Townsville Cup chasing a big bonus next week.

“We were always going to come back to the Brisbane for the Tatts Mile,” Gollan said.

Gollan said he would now look at taking Silvera to Sydney.

Silvera is raced by Linda Huddy who also owned the Australian Derby winner Shoot Out.

Huddy has had great success with the offspring of Shoot Out’s sire High Chaparral.

Silvera is also by High Chaparral and is a three quarter brother to Shoot Out.

He was originally trained by Tony McEvoy and did his early racing in South Australia and Victoria.

“It was thought a change of scenery might have helped him and he has now won two from four starts for us,” Gollan said.