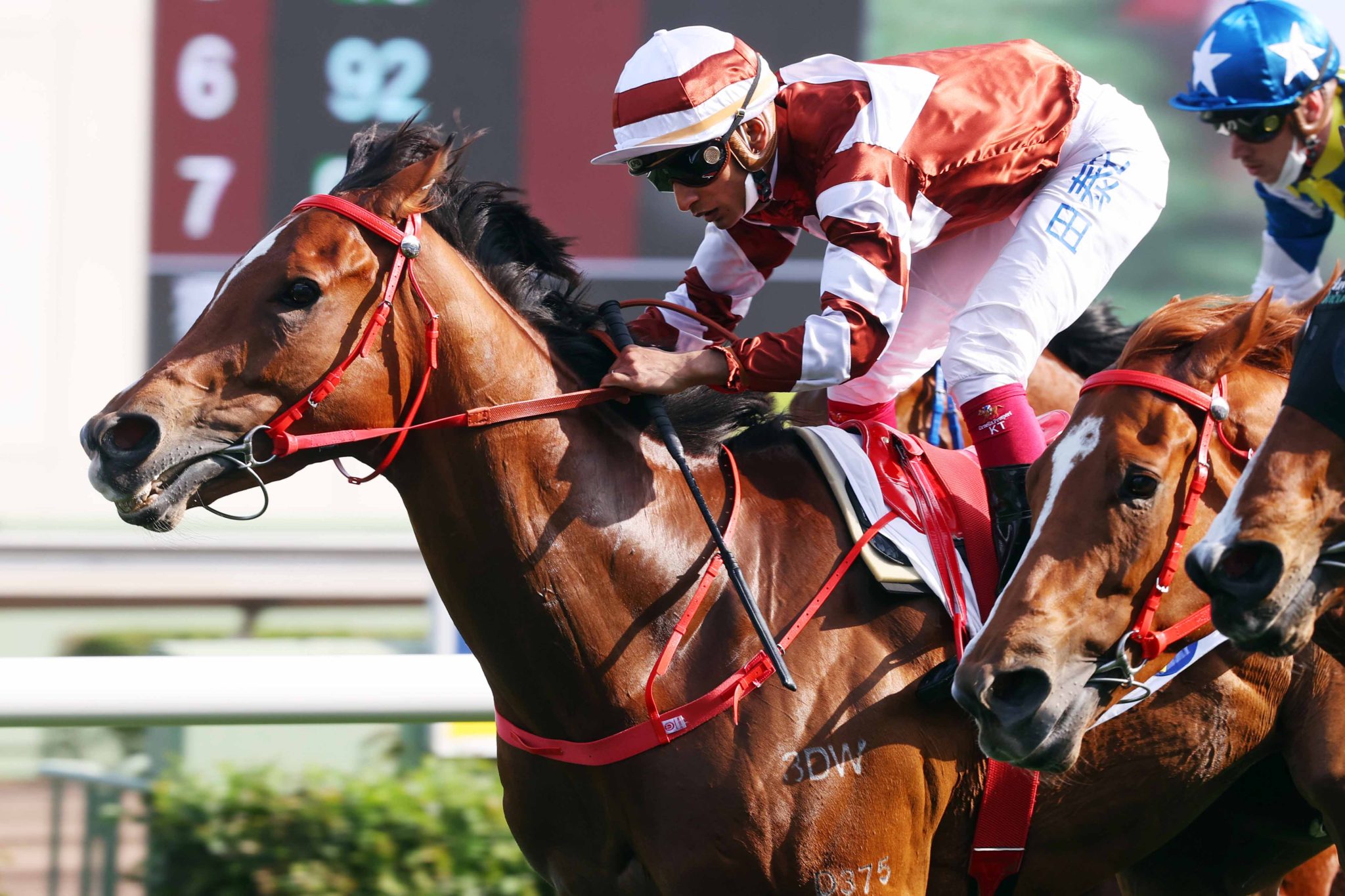 Overshadowed by Hong Kong’s glamour sprinters, Sight Success could emerge as the surprise packet in the HK$24 million Group 1 Hong Kong Sprint (1200m) at Sha Tin on Sunday (December 11) after justifying his claims in key preliminary races through this season and last.

Having finished runner-up in last term’s Group 2 Sprint Cup (1200m) and Group 3 Bauhinia Sprint Trophy Handicap (1000m), Sight Success laid down markers to suggest he was capable of capturing a big scalp, especially after being sent around as second favourite following these efforts to win the 2022 Group 1 Chairman’s Sprint Prize (1200m) behind Wellington.

“He’s run good races like that before (last start) – he raced well last season like that and it’s good that he’s come back to that form and based on how he’s done since that race, I am hopeful that he can hold it,” Size said.

Mickael Barzalona will take the mount on Sight Success after the six-year-old crossed the line second last Friday (December 2) in a barrier trial on the dirt over 1200m at Sha Tin.

“He seems ok, he seems happy to trial, he showed good speed and he looked like he wanted to be there, so I think he’s pretty happy with himself,” Size said.

The Australian-bred son of Magnus made his Hong Kong debut in December, 2020 on a rating of 52 and currently sits on a mark of 112 – firmly entrenched within the upper echelon of the city’s invariably strong sprinting ranks.

Size also trains Courier Wonder who is first reserve to join the Hong Kong Sprint field this Sunday. A five-time winner from 11 starts, Courier Wonder has had two runs this season after he was found with substantial blood in his trachea last January.

A one-time boom sprinter, Courier Wonder’s two runs back this term have both proven inconclusive with the horse finding trouble in each outing at crucial stages of the race.

“He got a little bit of interference, last start even, and even though he was back in the field, we probably didn’t get a good look at him. He’s had excuses a couple of times and I’m hopeful that he might do his best across the next couple of runs,” Size said.

Size will point the five-year-old towards races such as the HK$12 million Group 1 Centenary Sprint Cup (1200m) on 5 February, 2023 should he not make this weekend’s field.

“He’s on standby for this, he still might get in, there’s a few visitors in the race and something might happen – we’ll wait. If not, there wouldn’t be a race for him until January – there’s a race every month for them after that,” Size said.

Courier Wonder finished a fast-closing third in the same trial as Sight Success last Friday, while Waikuku – entered for the HK$30 million Group 1 Hong Kong Mile (1600m) – did his thing at the rear of the group in that very same trial.

“He did run well, it was a slowly run race and he went around close to the rail which probably helped him a lot but that could happen again. He looks like he’s in good form, so in his favour is that he’s a proven horse and even though he’s getting older, in the beginning and middle of winter this season, maybe he’s good enough to run a good race,” Size said.