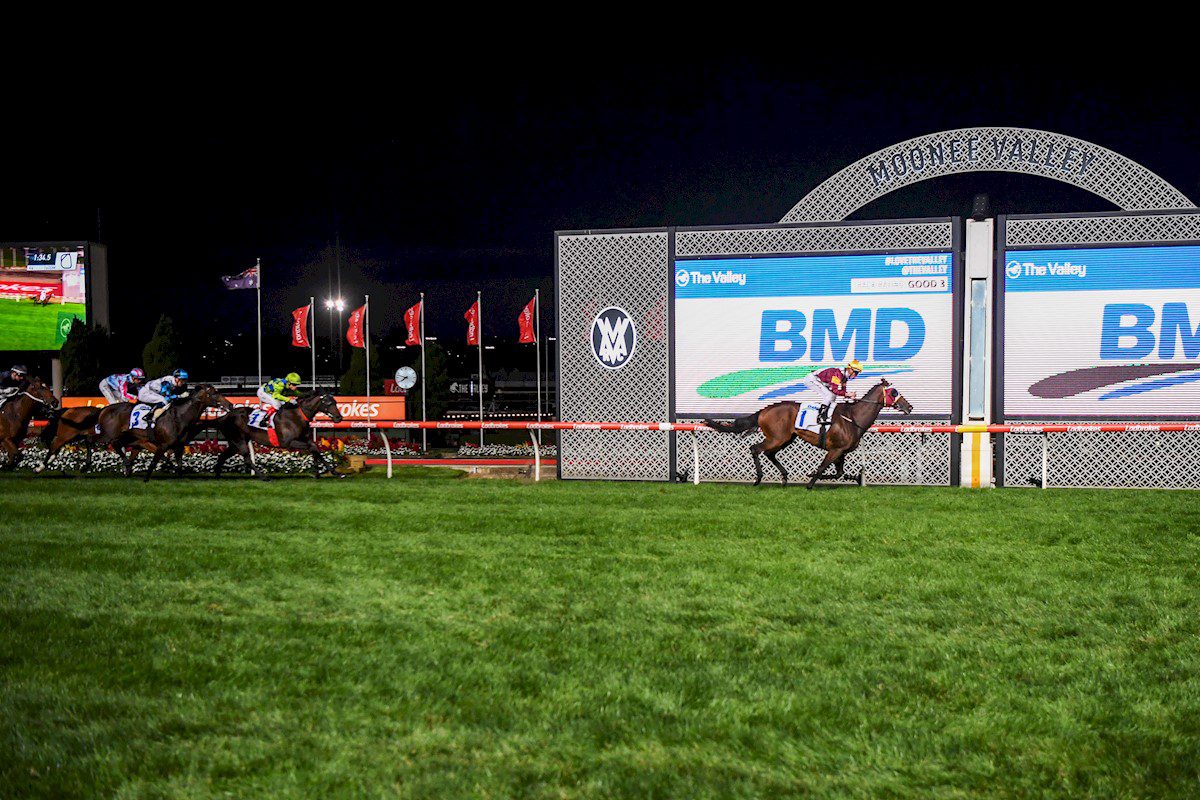 The Gai Waterhouse & Adrian Bott-trained five-year-old mare never looked like losing throughout the course of the 1600m event, despite fancied runners Flying Mascot ($1.65) and Barb Raider ($5) having the drop on her into the home straight.

In true Waterhouse & Bott fashion, Shout The Bar found the front early under Mark Zahra and was too fit to be caught, leading all of the way to record a big four-length victory.

Almost two years ago to the day, the mare by Not A Single Doubt won the Group 1 Vinery Stud Stakes (2000m) at Rosehill Gardens in very similar fashion, while she is also a Group 1 winner at 1600m in the past, so there was some late backing for her at a longer price ($15 into $10).

Stable representative Claudia Miller spoke with Racing.com post-race, saying that Shout The Bar had the perfect conditions tonight which allowed her to get back to her best form.

“We’ve been plagued with wet tracks in Sydney, so to get a Good 4 tonight over the right distance as well, stepping out to the mile – she was just terrific,” she said.

“We’re probably looking towards the Queen Of The Turf. Fingers crossed Sydney stops raining, so we’ll see how we go.”

With the Queen Of The Turf Stakes (1600m) in mind for the multiple Group 1-winning mare, the stable are hopeful that Sydney can dry out to give her a genuine winning chance, given her best wins have been on good tracks.

Winning rider Mark Zahra said that Waterhouse filled him with confidence pre-race, so he rode Shout The Bar as if she was the best horse in the race.

“Gai always fills you with confidence before the race – she always gives them a great chance,” Zahra said.

“She said why not the roll the dice and give her a bit of a help out of the gates which I did and she got across and probably switched off a bit too much.

“It’s good to see her win a good race like that – I’m not sure what’s available in the back-end of Sydney or Brisbane – but a mare in form, you may as well keep her going.”

Shout The Bar remained a $51 chance with online bookmakers for the Queen Of The Turf, which will be run on April 9 at Royal Randwick on Day 2 of The Championships.