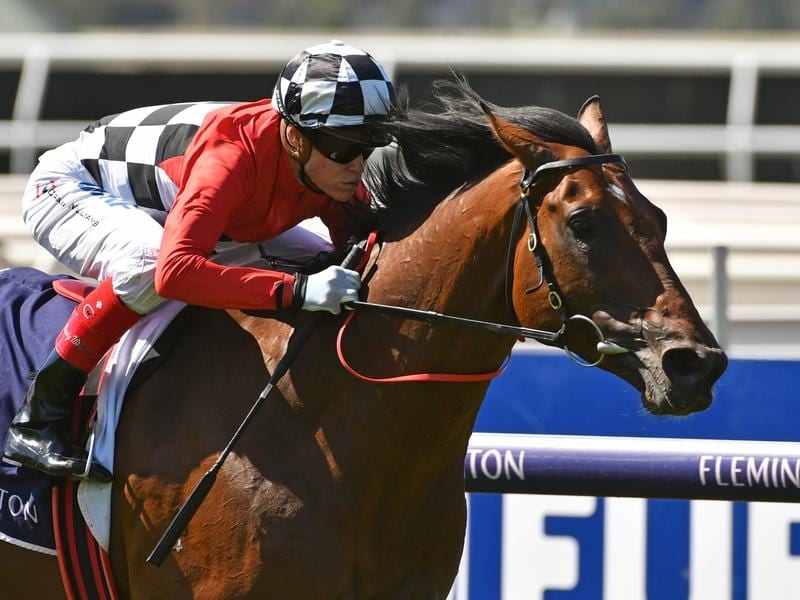 After an off-season cameo at Flemington, Schabau is set for another short break before trying to cement a Melbourne Cup berth this spring.

Schabau resumed from 14 months off the scene recovering from a tendon injury and finished midfield in a 2000m handicap at Flemington last month, beaten 3-1/2-lengths.

It was the first time the German import had been beaten in Australia, having won three times at Flemington during his first local campaign, but trainer Robert Hickmott was “over the moon” with Schabau’s performance given where his fitness levels were at.

After considering the winter program of races at Flemington, Hickmott has opted not to run Schabau again.

The stayer will have a two or three weeks off along with stablemate Django Freeman away from their Caulfield stable but the trainer said they would not just be left idle in the paddock.

“They’ll do some water walking and be under saddle three times a week, keeping their muscle tone up. It’s more a mental break,” he said.

Hickmott, who won two Melbourne Cups with Green Moon and Almandin when private trainer for prominent owner Lloyd Williams, has The Bart Cummings (2500m) firmly in his sights with Schabau to try to guarantee him a Melbourne Cup ballot exemption.

“We want to keep him (racing) at Flemington and there wasn’t a suitable race for him so we elected not to run him again,” Hickmott said.

“He went to Sandown on Wednesday for a gallop to finish off his prep and he’ll go to the paddock (this week).”

He said Schabau would have to be up and running by late July or early August to be at his best for The Bart Cummings and Hickmott hopes part of that racing build-up can include a 2400m race.

“He’s got to keep continuing to come up to the mark but as a stayer I think he could do it. He’s got plenty of potential.”