Shinn has faith in Sky Field 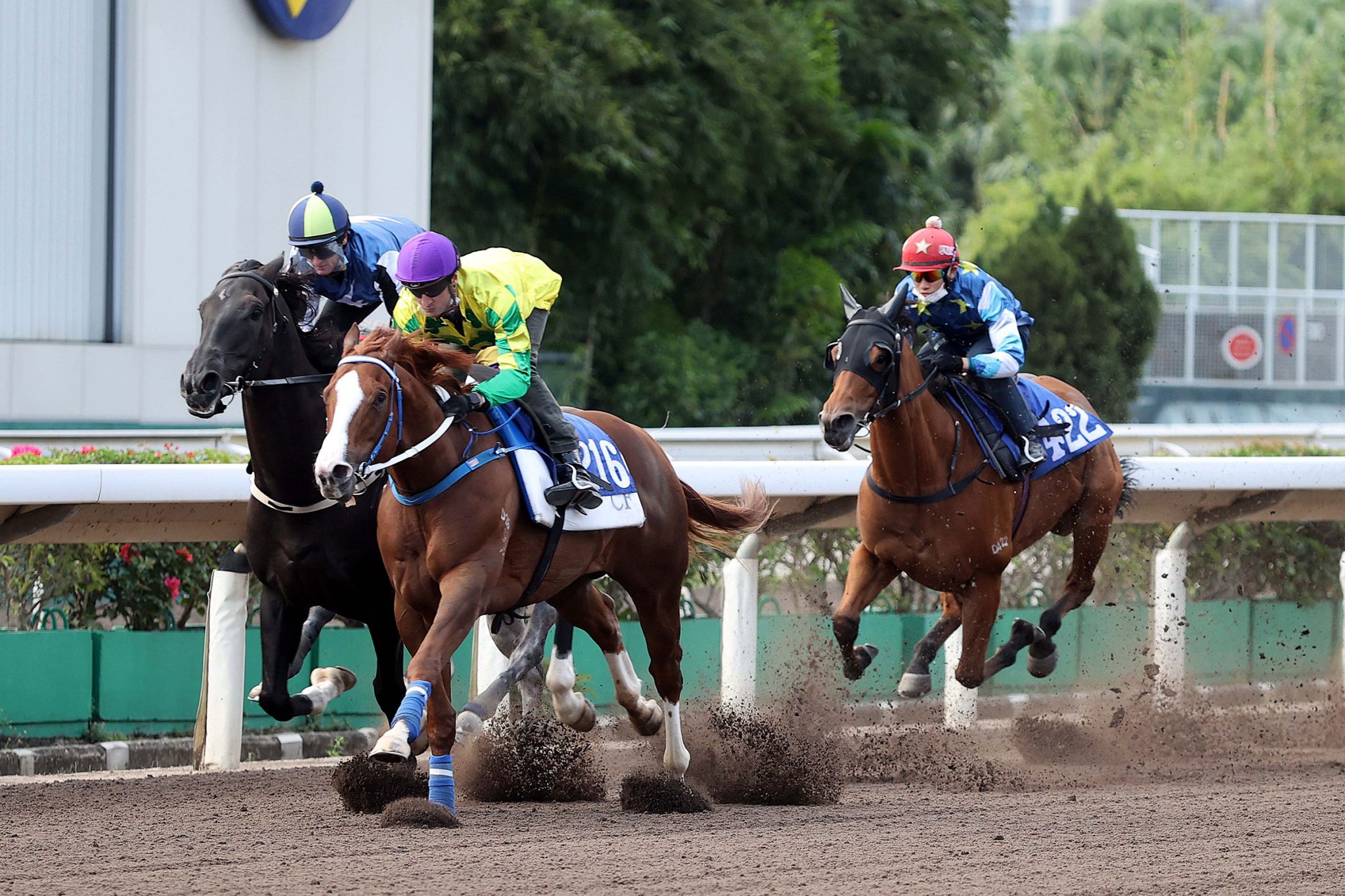 Failing to fire a shot last start when 10th in the Group 2 Premier Bowl Handicap (1200m), the 120-rater couldn’t match his first-up heroics which saw him snatch a fast-finishing second place in the Group 3 National Day Cup Handicap (1000m) behind Super Wealthy.

Stepping out this morning for the first time since that below par effort, Sky Field stoked up with an impressive workout under Shinn, delighting the Australian in the process.

“Some people may feel it was a disappointing run but I feel he had excuses, he had 133 pounds and I rode him a bit upside down against his normal pattern.

“That’s why I feel he went badly but today he showed that he’s back to his brilliant best and I think we’ll ride him how he likes to be ridden – conserve his energy early and ride him for that great turn of foot that he has got – I think he’ll bounce right back next start,” Shinn said.

“He’s feeling good – he’s been at Conghua recently and he’s been training there, he’s in a great frame of mind, he’s a tough horse and that’s the level he needs to be at to compete at the top-level in Hong Kong, hopefully he can be there and take out one of the big ones, hopefully the Group 1 in December,” Shinn said of last season’s Group 3 Premier Cup Handicap (1400m) winner.

So far this campaign, Shinn has seven wins from 71 rides, striking at a notable 10%.

“He did (move well this morning), it was pleasing to see him begin as well as he did after being slow out of the gates last start but the trial was run at a pretty sedate tempo, so he was up there travelling quite strongly wanting to do his work and in the straight he lengthened quite nicely and I thought it was a good trial,” Purton said.

“Yes (to riding him in the Jockey Club Sprint), we’ll see how he performs – he has to do it on race day again and he gave me a good enough feel this morning to indicate that he’s going to be competitive again, so let’s hope that’s the case,” he added.

Jerry Chau will partner Lucky Patch in the HKD$4.75 million Group 2 contest, while Vagner Borges will associate with the Group 1-winning Hot King Prawn for the first time.

Aethero, 2019’s winner of the Jockey Club Sprint will not bid for a second win in the race but has been exercising ahead of his hopeful return to racing, clocking 51s (27.6, 23.4s) for a turf gallop Monday morning (8 November) at Sha Tin.