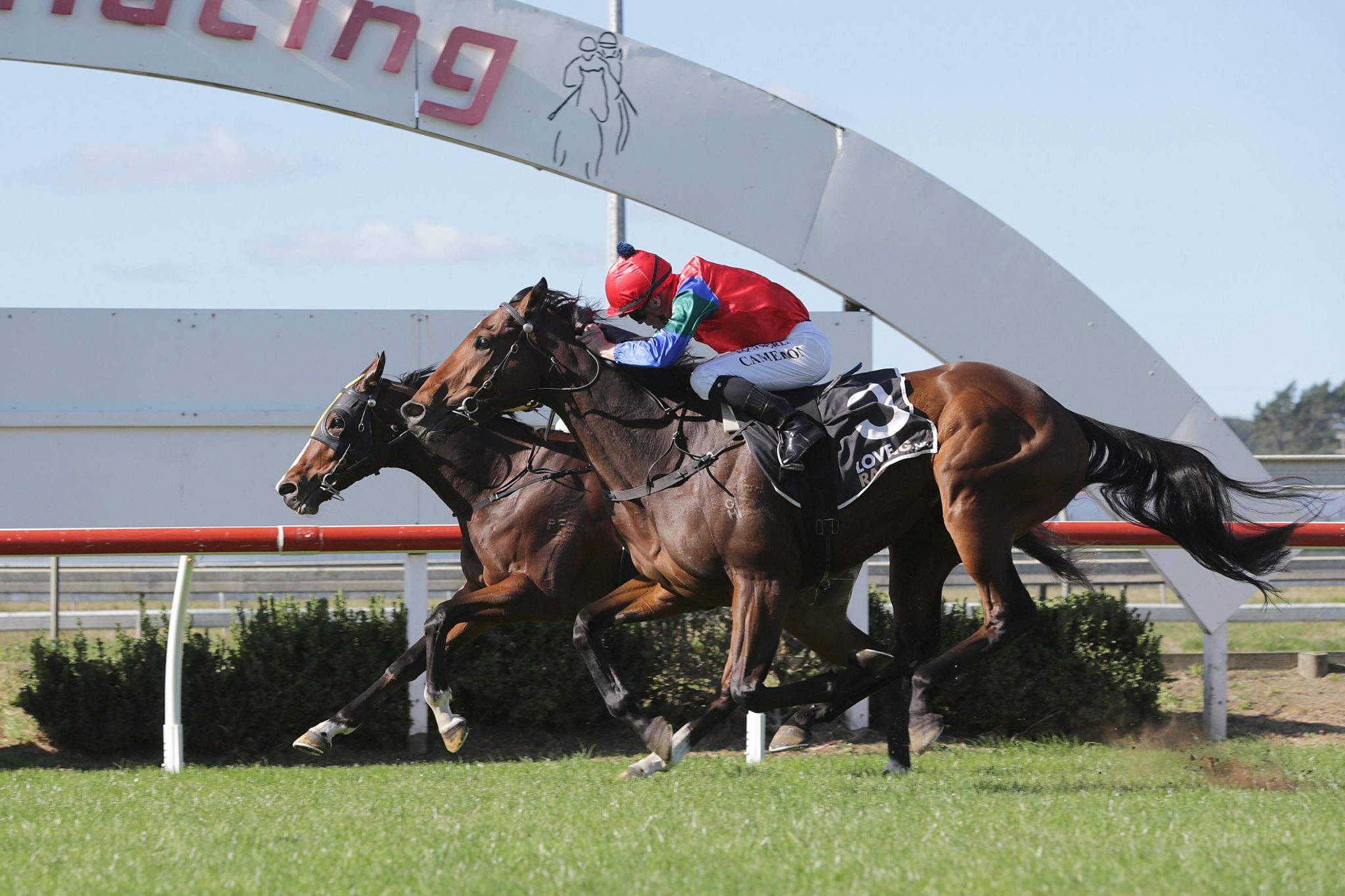 The Team Rogerson-trained son of Redwood had thrown away a likely victory on debut at Ruakaka with some erratic tendencies in the final 150m but was on his best behaviour for rider Matt Cameron on Saturday.

Settled beyond midfield by Cameron, Sharp ‘N’ Smart tracked the well fancied pair of Waitak and Mr Maestro into the race at the 600m before moving to the middle of the track for his finishing burst.

Race favourite Waitak was being hailed the winner at the 150m however Sharp ‘N’ Smart had the final say as he rocketed to the line to score by a head with Mr Maestro battling on well to take third albeit three lengths behind the first two home.

Co-trainer Graeme Rogerson holds lofty ambitions for his charge, with a trip to the Brisbane Winter Carnival now on the cards following the victory.

“I really think a lot of this horse, he is the type that gets you up in the morning,” he said.

“He has a tremendous amount of raw ability and is still very green, but you saw a touch of what we think he is capable of in that performance today.

“He is by Redwood who I think is an underrated sire as I have a couple at home along with this guy and they have all shown me plenty so far.

“We are going to wait and see how he comes through the race, but if he pulls up well then, I think he will be on a plane to Queensland.

“The target will be the JJ Atkins (Group 1, 1600m) over the mile in Brisbane as he showed today the mile is no problem for him.

“He could have a lead-up run in the Sires’ Produce Stakes (Group 2, 1400m) a fortnight before the mile, but we will know more once he recovers from this one and we work out a travel plan for him.

“Whatever happens now, I can’t wait to see him as a three-year-old as I think he could be a very special horse in the making.”

Raced by a group that includes his breeder Gerry Harvey, Sharp ‘N’ Smart was purchased by Rogerson for NZD$55,000 out of the Westbury Stud Book 2 draft at the 2021 National Yearling Sale at Karaka.