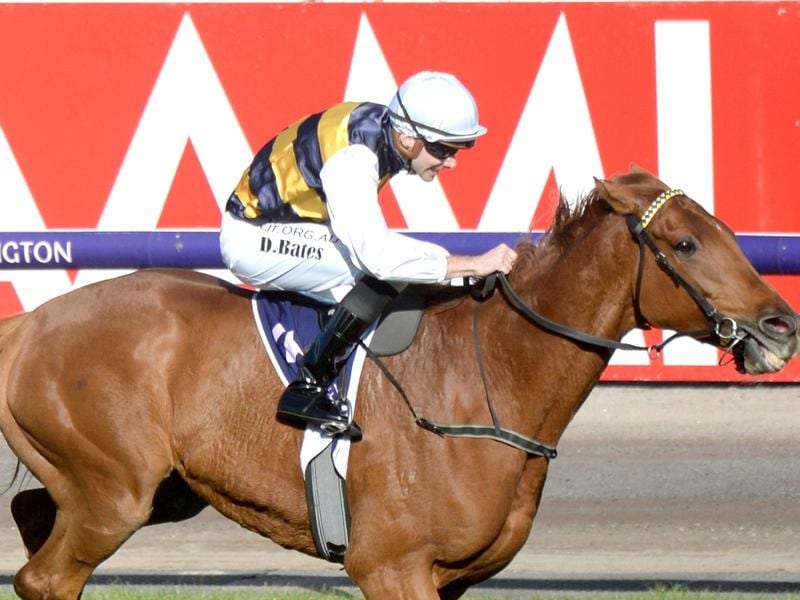 When French import Haky arrived at the Ballarat stable of Archie Alexander, the trainer set about changing the stayer’s racing style.

That work paid off on Saturday with Haky successful in the William Newton VC Handicap (2600m) while relegating Melbourne Cup winner and $1.90 favourite Vow And Declare into the beaten brigade.

Haky came to Melbourne for last year’s spring carnival and showed his ability finishing third behind Melbourne Cup placegetter Prince Of Arran in the Geelong Cup.

After three runs for John Hammond, Haky was transferred to Alexander and after finishing rearwards in the Sandown Cup (3200m) in November his new trainer set about getting the gelding to relax.

Two runs this campaign showed Haky was adapting to that style and Alexander was confident of a forward showing on Saturday.

Tracking the speed set by Beau Balmain and Scholarly, Haky ($13) settled well for Declan Bates and after striking the lead early in the straight held off Sin To Win ($16) by three quarters of a length with Good Idea ($14) a further 1-1/2 lengths away third.

“I was adamant the minute I got this horse that he’s not going to be leading anymore,” Alexander said.

“We needed to teach him to settle and I think going the Australian way of trialling over 800 (metres), running over 1000 metres, running over a mile, the non-European things, has really taught this horse to relax and stop having his own way.”

Alexander did not think Haky could beat Vow And Declare and thought he was racing for second place.

But he said if you could design the perfect race, Saturday’s was it.

“The two horses in front were going a good gallop and we were behind them having a breather,” Alexander said.

“It was just like a racecourse gallop, really. We were in third, had a bit of cover and when Declan had that bit of cover, he’s a very tough horse.”

After an early double courtesy of Flying Award and Naivasha, Vow And Declare was was expected to give trainer Danny O’Brien a treble.

After tracking Haky in the run, Vow And Declare did not showed his customary fight in the straight before finishing fifth.

“Obviously he was disappointing,” O’Brien said.

“We’ll just see how he pulls up and work out where we go from there but there are no excuses at all.”