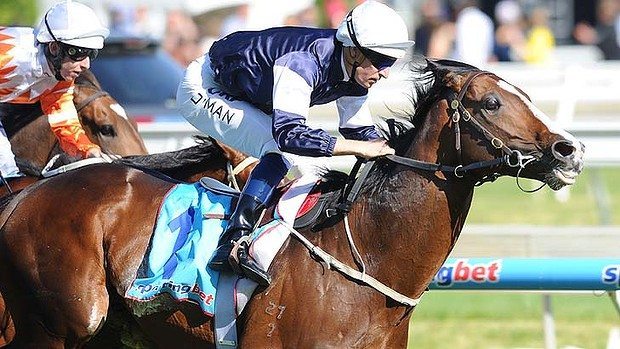 Trainer Robert Hickmott and owner Lloyd Williams will have just one runner in tomorrow’s Melbourne Cup after the scratching of Sea Moon this morning (Monday).

Rated a $101 chance with Sportingbet, Sea Moon, which finished 13th in last year’s Melbourne Cup behind Fiorente, was eliminated from Cup contention after it was reported to Racing Victoria stewards that he had an elevated temperature.

His scratching leaves a field of 23 and jockey Tommy Berry without a ride in the race that stops the nation. Berry was originally booked to ride The Offer, a one time Cup favourite for Gai Waterhouse, but he was also scratched late last week.

Hickmott and Williams were set to have three runners in this year’s Cup with Green Moon also within the top 24 in the order of entry before the final field was decided. However, it was announced on Saturday that the 2012 Melbourne Cup winner would not be a final acceptor for the $6.2 million race after sustaining a cracked hoof.

Fawkner is now the pair’s sole hope in the Cup and is currently $9 with Sportingbet. The gelding, which ran sixth in last year’s Cup, comes into the 2014 race having run second in the Cox Plate at his last start.

The favourite for the 2014 Melbourne Cup remains Admire Rakti, winner of this year’s Caulfield Cup, which is firm at $5.50 with Sportingbet.