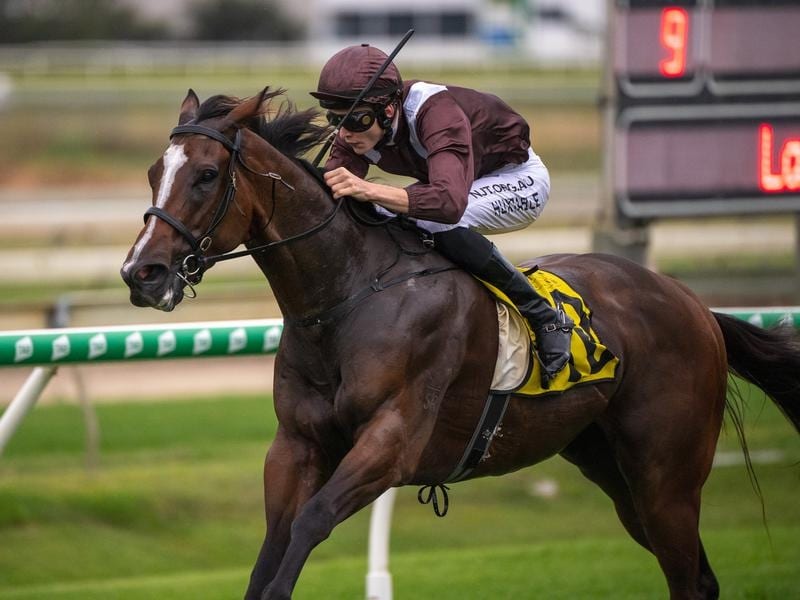 Talented three-year-old Scathing has emerged as another top winter contender for trainer Chris Munce with a strong win at Doomben.

Scathing easily beat older horses in a benchmark 72 race on Saturday to take his record to three wins and four minor placings from seven starts.

Munce has been active at the yearling sales in recent years and is reaping the benefits with a quality crop of three-year-olds.

He already has likely winter hopefuls Stampe, Al Jood and Smart Meteor with Scathing earning a shot at black-type races with his Doomben win over 1350 metres.

“It was a strong race of three-year-olds at the Gold Coast but I still think he would have won,” Munce said.

“But it is a bit of a rigmarole to get there so I elected to stay in Brisbane even though he was taking on older horses.

“We are working our way through assessing the winter black-type races and there appears to be plenty for him.

“His breeder keeps telling me he will run 2000 metres and while I don’t know about that he will get a strong 1600.”

Bred by Stuart Ramsey’s Turangga Farm, Scathing cost $100,000 at the 2018 Magic Millions sales but Munce said he could turn out to be a cheap buy.

“We have taken our time with him but it is starting to pay off,” Munce said.

After originally being scrapped, the Brisbane winter carnival has been restructured to feature a couple of dozen stakes races including two Group One events, the Stradbroke Handicap and J J Atkins.