Savatiano Gets Her Group 1 In Canterbury Stakes 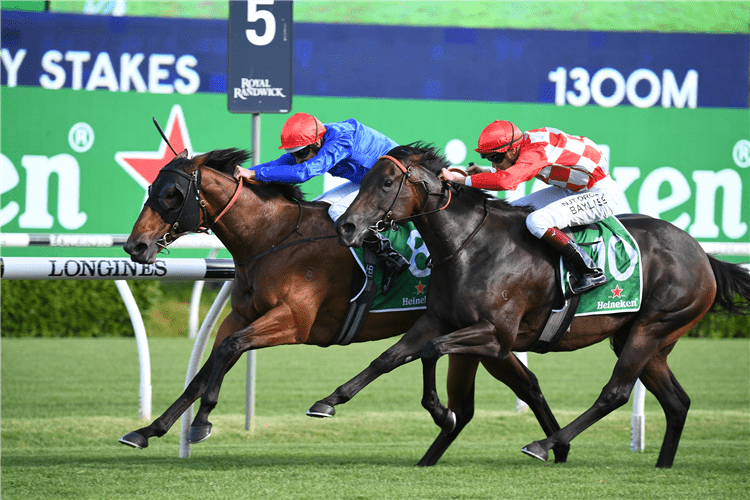 Ultra consistent mare Savatiano has broken through for a long overdue maiden Group 1 victory in the Canterbury Stakes at Randwick on Saturday.

A six time Group winner and twice placed at the top level, not even a final stride lunge from the Anthony Cummings-trained Mizzy could deny Savatiano her first Group 1 success.

“(She) had won over $2m in prizemoney without winning that Group 1 so far. Outside of Classique Legend there wouldn’t be too many other horses around the world to do that.”

Settled third behind leader Samadoubt, jockey Hugh Bowman peeled Savatiano out three wide on the turn before taking the lead at the 300m.

Whilst on tired legs late, Savatiano held on from Mizzy with Masked Crusader running into third.

“I was given a couple of hand notes to take with me to the barriers from Darren Beadman and James Cummings,” Bowman said.

“I didn’t know which one I was going to use but Darren said she can run a strong seven (furlongs) so when Nash (Rawiller) started to control my pace from the 800m I thought ‘I don’t want to play into their hands, I want to use her strengths’ so that’s what I did.

“All credit goes to her because when I asked her to really go on and win the race at the 300m mark she certainly did it with authority.

“I was expecting some competition late in the piece and when Mizzy came, Savatiano showed her fighting qualities and won with authority in the end.”

“He reared at the start,” Cummings said.

“He’s probably been half a run behind both runs now.

“It’s a bit hard when in the back of your head you have plans for later in the year, inoculations and things make it a little harder to come to hand but if he’s bang on in four week’s time, I’d say that horse is by no means out of winning the TJ Smith.

“He probably worked that little bit too slick on Tuesday at Kembla. He’s got improvement still in him.”