Saturday’s feature racing at Flemington with free odds and tips 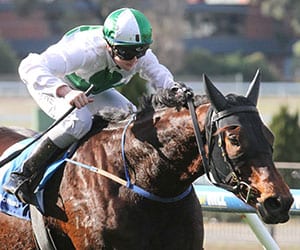 It is set to be a cracking day. Overcast conditions are currently predicted for the area, while the track is rated as a Good 4 with the rail in the true position for the entirety of the course.

Racing will be off to an early start, with the first on the card scheduled to jump at 11:50am AEST. To help you find some of the winners throughout the meeting, we have all the latest odds and tips available for the major races.

The first feature event, the $120,000 Taj Rossi Final, is race one and the well-performed El Greco is currently jousting for favouritism with Irada.

Fixed odds betting on all Flemington races is available now at Sportsbet.com.au where they’re giving new customers $501 in free bets.

The Mick Price-trained Irada has come in for good support after opening at $3.90. The two-year-old filly now sits at $3.50 after flying home for third last time out and its win on debut was strong. Rising in distance to 1600 metres will help and it should run close.

El Greco has been on the betting drift, but should be considered for the win after finishing first or second in all four career starts. It was beaten on its merits last start by Bengal Cat, but it didn’t have the best of runs after travelling three wide. Oliver jumps in the saddle and the $3.80 available looks like good value.

Bengal Cat must be respected at $5.50 after beating a very similar field last start. The John Sadler-trained filly wasn’t well favoured in the betting, but won with something in hand and if it can navigate the wide barrier of 13, then it’s a live chance in this.

Very even field where Duke Of Brunswick holds favouritism at $4.50. The Mick Price-trained runner scored an impressive win last start as the odds-on favourite, but it does rise up in weight to 60kg. This is another rise in class so tread warily when taking the shorts.

Well favoured in the market at $5.50 is Raposo which is looking to avenge its last start at Caulfield where it got very unlucky. The Patrick Payne-trained gelding finished fourth behind Volcanic Ash after getting no luck in the straight. A senior rider in Brad Rawiller jumps in the saddle now and it will be tough to beat.

Monteux is another that has been well backed despite having not won since August last year. The three-year-old colt has, however, competed in tough races such as the Group 3 Spring Stakes where it finished third behind Sweynesse, so that form line can be forgiven. Value runner with some luck at $6.50.

Sir Andrew is a former New Zealand runner which is now with Lee and Shannon Hope. The four-year-old continues to run on strongly over shorter distances so the mile will suit perfectly for this. He has placed on this track and Craig Williams takes the ride at 54kg. Good value runner at $4.40 with bookmakers.

Mr Utopia has been well supported all week and will push Sir Andrew for favouritism. The five-year-old has drawn wide in barrier 11, but it is twice a winner on this track and is unbeaten in two starts at this distance. Very good winning chance with some early luck from the draw.

Kenjorwood sits on the ballot, but will make the field after a couple of scratchings. The Peter Moody-trained runner gets the inside draw after two below par performances when punters backed it hard. The five-year-old has won twice at this track and punters are getting a much better price at $8 with Sportsbet. Has a chance if it can get an untested lead.

De Little Engine hasn’t been popular with punters of late, running third followed by three consecutive fourths when the money was firmly on. It simply got too far back last time out so the distance of 2600 metres will suit nicely and the bookmakers have installed it as the $3.70 favourite.

Cooldini looked the winner last time out, but just went under to Crafty Cruiser. The three-time winner on this course has drawn well in barrier two and a win doesn’t look far away. Robert Smerdon is in good form and punters have made it the second favourite at $4.80.

Cadillac Mountain closed off well behind Crafty Cruiser last start and it won its only start at this distance. It will be looking for a dry track so conditions will need to suit. It opened at $6 and has stayed steady at that price so consider at each way odds.