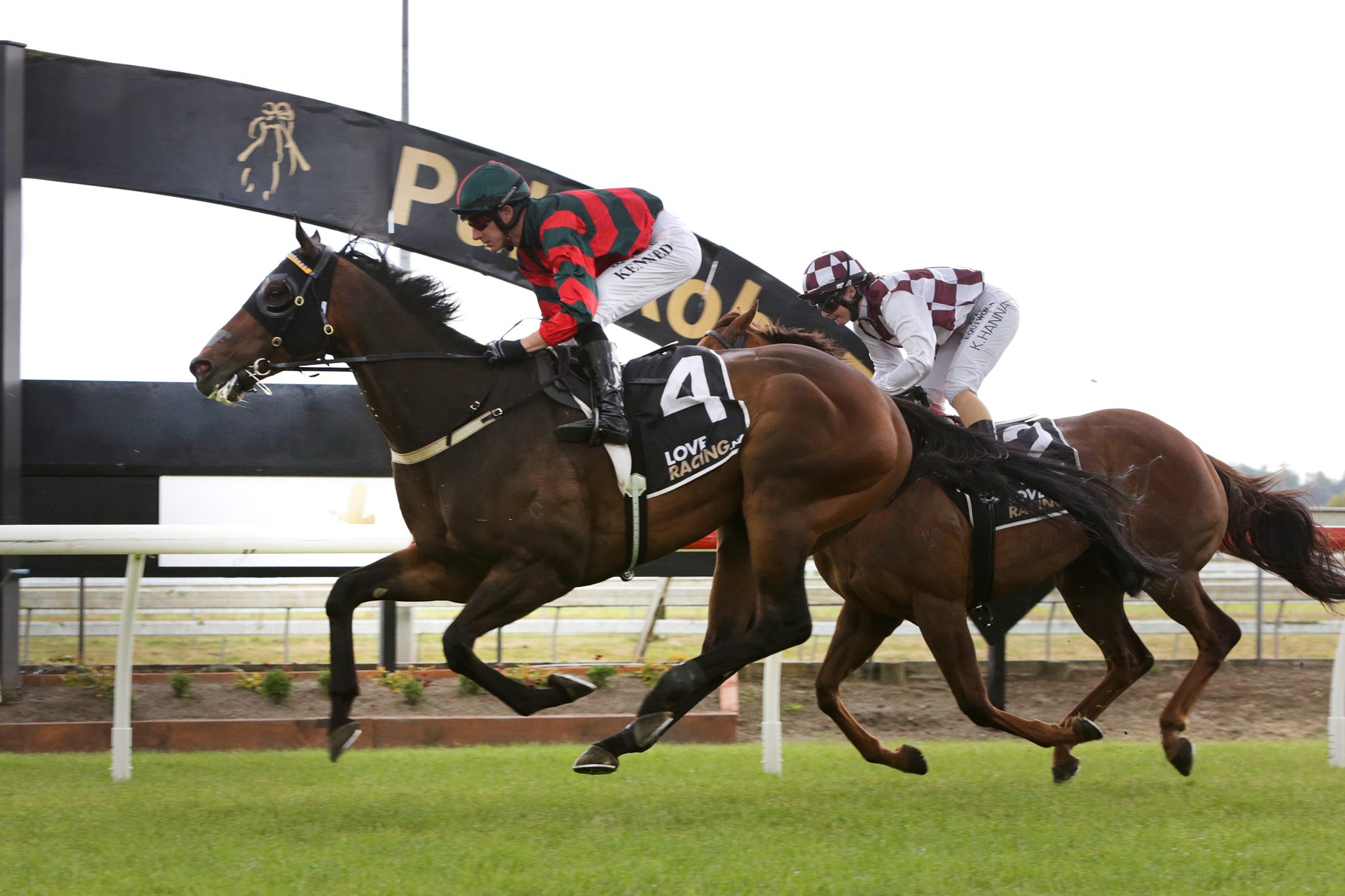 Relief was an over-riding emotion in the Dragon Leap camp following the six-year-old’s stunning performance at Pukekohe Park to end a lengthy winless streak.

The son of Pierro put a frustrating barren spell behind him in style on Saturday when he powered home from well back in the field to score over 1200m and confirm plans for tilts at Group One assignments.

Dragon Leap posted his first victory since he landed the 2020 Group 2 Avondale Guineas (2100m) with a withering finishing burst to claim the fourth win of his 13-start career.

But in fairness to the six-year-old, he has been a multiple stakes placegetter in between times while also battling foot issues.

“It was a really pleasing performance on Saturday and a relieving one to see him back and winning. It had been a long time since he won a race,” said Andrew Scott, who prepares Dragon Leap with Lance O’Sullivan.

“It hasn’t really been any fault of the horse that he hasn’t been winning, it’s just been more down to circumstances. He’ll take good improvement from that and it’s so encouraging to see him out there and racing well.”

Dragon Leap settled well back in the field and, when rider Warren Kennedy angled him wide at the top of the straight, the gelding let down powerfully to reel in multiple stakes winner Babylon Berlin, who was in receipt of 2kg.

“To see him quicken so well was really encouraging so it was heartening and gave us and the horse confidence going forward,” Scott said.

“That will get him in because he was a little short of recent black type form so that was satisfying,” Scott said.

Dragon Leap was making his first appearance since returning from Australia where he finished fourth in both the Group 1 Memsie Stakes (1400m) at Caulfield and the Group 3 Sandown Stakes (1500m).

“It was really good to see him hit out, he had lightened off a bit in Melbourne and he had good condition back on him so he’s definitely going the right way,” Scott said.

Safely through his next appearance in the Railway, a crack at the Group 1 Telegraph (1200m) is on the cards.

“He is very versatile, but in a fresh state he is right up to that sprinting grade,” Scott said.

The stable was also pleased by Ozark’s effort at Pukekohe to finish fourth in Rating 65 company over 1500m in his first appearance since breaking his maiden in June.

“He is a horse that has improved from three to four and he’s a promising stayer. He came on well and we’ve got high hopes for him this summer,” Scott said.

By contrast, last season’s Karaka Million 3YO Classic (1600m) placegetter Karman Line raced a tad below expectations when sixth in her Rating 75 test over 1400m.

“She didn’t get the rub of the green from a bad gate. She didn’t have that much luck in the run, but she was probably a little bit disappointing late in the race,” Scott said.

“We think we can get her better in condition and she’s struggled a wee bit all spring. We hope that with the sun on her back in the next few weeks that she will bloom and we’ll make a plan for her.”