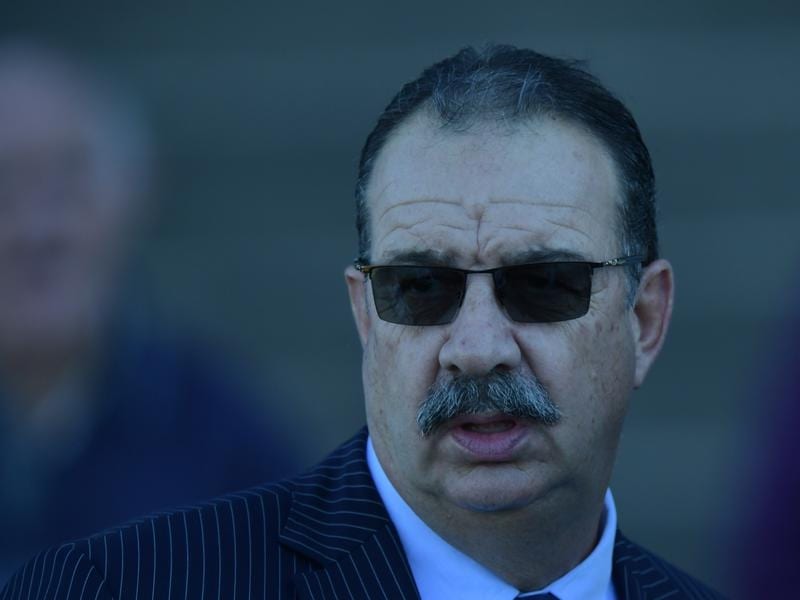 A week after producing a Hobartville Stakes upset with Brandenburg, John Sargent will look for a repeat with promising fillies Emeralds and Aspect Ratio in the Group One Surround Stakes.

Brandenburg started double-figure odds when he claimed the scalps of several high-class three-year-olds in the Group Two Hobartville, including Microphone and Castelvecchio.

Both Emeralds and Aspect Ratio will also be outsiders at Randwick on Saturday against a quality field of fillies led by Funstar, Flit, Lyre, Kiamichi and New Zealand raider Probabeel.

While Sargent is realistic about the chances of pulling off boilover results on successive weekends, he has not ruled serving up a repeat dose.

“You’d love to because it is a very strong field,” Sargent said.

“Emeralds has had the run so she will be fit and ready to go but she will need a lot of luck in the run against a few of that calibre.

“Aspect Ratio’s whole campaign is being centred around winning the ATC Oaks so this is a kick off point for her.”

Emeralds resumed with a closing fifth to Flit in the Light Fingers Stakes following a spring campaign that culminated in a similar placing behind the same filly in the Thousand Guineas.

From a midfield draw on Saturday, Sargent hopes Ben Melham can position her within striking distance.

“If she can get in and get a shade closer so she can get at them earlier, she will definitely get home strong,” Sargent said.

“She jarred up in the Guineas at Caulfield last season. She likes the give in the track and she gets it this time of the year in Sydney.”

Sargent resisted the temptation to pursue a VRC Oaks campaign with Aspect Ratio in the spring, opting instead to focus on the Sydney classic.

A daughter of Declaration Of War, the sire of Melbourne Cup winner Vow And Declare and Victoria Derby winner Warning, Aspect Ratio might find her Surround rivals too sharp over 1400m but Sargent expects her to emerge as a potent force over longer distances.

“I didn’t take her to the Oaks in the spring. It can be pretty hard on them at that age and a lot of them don’t seem to come back in the autumn,” Sargent said.

“So I shied away from that and she will be spot-on for this one in about six weeks time.

“She is as serious a staying filly as I’ve had.”

The trainer said Brandenburg had come through the Hobartville in superb order and remained on track for the Randwick Guineas on Saturday week with Rachel King retaining the ride.