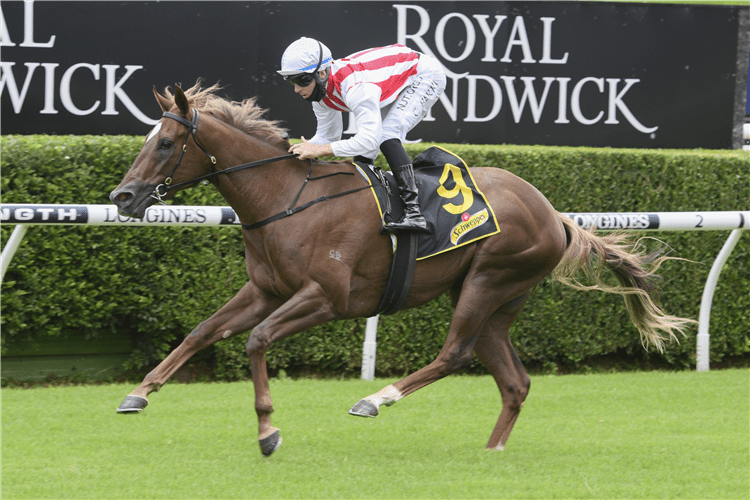 Trainer John Sargent is hoping the decision to postpone the Golden Slipper meeting by seven days is an omen for third favourite Four Moves Ahead.

Racing officials made the call to shift the entire Sydney autumn carnival back a week when heavy rain washed out Saturday’s nine-race Slipper program.

The last time a feature autumn carnival meeting was rejigged, Sargent came away with a memorable Group One victory in the Australian Oaks.

“Last time we did this I won the Oaks with Gust Of Wind when she beat Winx,” Sargent said.

“We got put off on the Saturday and they had the Adrian Knox on the Monday, so I ran her in that and backed her up five days later and she won the Oaks.

Once news filtered through that the Slipper meeting would not be going ahead as planned, Sargent put Four Moves Ahead through some pace work at her home track of Randwick.

He said his main job would be to keep her happy for the next seven days and follow her usual routine.

“She will have another gallop on Tuesday with Nash (Rawiller) aboard,” Sargent said.

“I will just try to keep her where she is because she was spot-on for today. We will just tick her over, keep her happy and have a go next Saturday.”

The change to the carnival schedule means Sargent will also need to reassess his plans for several other autumn hopefuls, including Australian Derby prospect Favreau, who was to have contested the Tulloch Stakes next week, en route to the Derby two weeks later.

With both races now pushed back seven days, Sargent has some decisions to make.

“Favreau is going for the Derby so I’ll just have to weigh up whether we run him or trial him again,” Sargent said.

“Elizabeel was going to the Vinery, but I will just work out if we trial before that or go straight into that race.

“There’s a few things to toss around over the weekend.”